Crocheting is one of the most interesting and common types of needlework. Every year crochet fans are becoming more and more. A self-made thing is a guarantee of exclusivity. 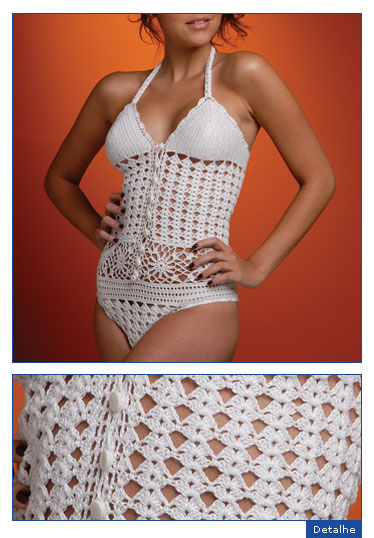 The modern art of crocheting was developed in the 16th century. It was known as ‘crochet lace’ in France and ‘chain lace’ in England. It is also known that knitting examples were found in Indian tribes at the beginning of the 20th century. Crochet is probably derived from Chinese needlework, a very ancient form of embroidery.

In Russia, crocheting has become widespread since the end of the 19th century, and women who were going to get together were engaged in it. Craftswomen mostly knitted lace, borrowing for them patterns of folk embroidery and weaving.

Nowadays, crocheting has become very popular and has become one of the favorite craftswomen’s activities, since learning to crochet is easy, easier than knitting. 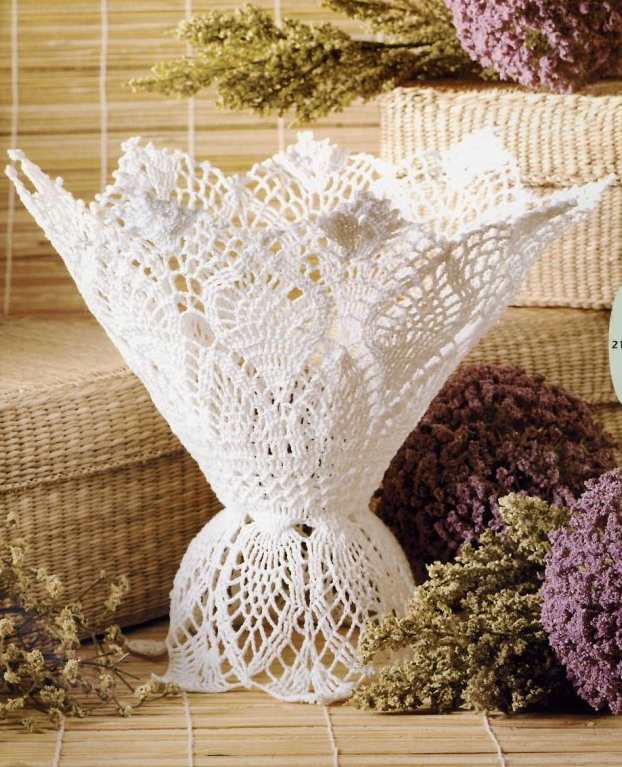 We will try to share the experience of crocheting various things and we hope that having read our crochet materials, you will tie a thing you like or, show your creativity and imagination and come up with your own. Good luck to you!

1. To begin, select a yarn (preferably cotton for summer and acrylic for autumn / winter). You will need a...

Meadow bells - delicate, romantic, but unfortunately, endangered flowers. They are becoming less because of the fee on the bouquets...

Flowers Lily of the valley crochet surround - beautiful, cozy home decor item. As you know, lilies of the...

How to knit heart crochet

How often romantic nature wonder, what a cute little gift to make his beloved. In this case craftswomen are in...

While children learn to be careful, take a long time. And now they are everywhere, climb and wipe his knees,...

Orchid - Moody enough to care for plant, it is difficult to grow at home the beginner, and it blooms...

This article describes how to make bulk flowers lilac crochet (diagram attached). The task is to tie a long lace...

How to crochet flower of calceolaria?

How to crochet flower of calceolaria, you will be able to learn from this article. Products are made very similar...

This emerald cardigan crochet (diagram attached) will enhance your wardrobe in any season: in winter it can be worn...

Have you been on the sea fishing? If not, join us soon, you will love this lesson because it...

Wildflowers in a vase on the table undoubtedly add comfort to any home. But it is not always possible to...

Crochet applique bullfinch is a great decoration for winter themed Christmas cards, or any other souvenir products. Tie applique the...

For all knitters want to offer a simple master-class of crochet a small leaf. The color of thread you can...

Experienced knitters will understand me – is the tool you need to choose carefully and for a long time, and...

Offers a simple master-class of crochet fun stars to use as decorations on the Christmas tree or by connecting...

All lovers of crochet jewelry, all kinds of decorative elements, lace, etc. offer a detailed master-class of the leaf. The...

Knitted square tablecloth will add coziness to the room. Square motif tablecloth consists of loops, columns with nakida. The size...

Creating culinary masterpieces, can not do without knitted potholders. And if the MITT with the orange sheet has an attractive...

Any girl, a girl, a woman with me will definitely agree that accessories is never enough! Gloves, parasols, handbags,...

Begin knitting the bottom of the purse. To knit the purse turned out like the picture: the diameter of the...

The size of the finished knitted plaid will be: 110 cm by 70 cm. To tie a knitted blanket crochet...

Knitted things for your home

You like to treat yourself to some tea, sitting in front of a computer monitor? Or sitting on the fluffy...

Knitting is back in fashion

Useful tips for novice knitters. Knitting is back in fashion. As look great on the girls, women and children knitted...

Since ancient times people tried to make his life more comfortable. The previous generation used a variety of materials, often...

An elegant addition to the costume is a pair of crocheted lace gloves. To prepare for knitting a spool of...

An original addition to clothing is taking. Cook 100 gr. synthetic type wool yarn in three addition and a hook...

Knit yourself a cover for handles

Gold handles. Make ourselves hard to handle. Especially for those who love to knit! So, practical ETUI for pens do...

Scarf knit from yarn left after knitting the dresses which will wear it. The size of the scarf is 1.40...

Decoration crochet Necklace – Lotus above water. Crochet decoration you will need: cotton threads of different colors. We decided to use yellow...

Copyright © 2021 Rukodelkino.com. Rukodelkino Copying of materials is allowed with the active link to the site.