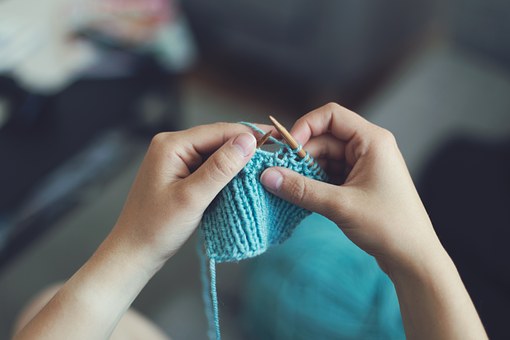 Since ancient times people tried to make his life more comfortable. The previous generation used a variety of materials, often very simple, which created the clothing or part of the interior. Hence the knitting, which at first was considered a routine operation, which simplified the need for clothing and linen. With time, knitting has become a real art. In modern times, is known for different directions and types of knitting (crochet and knitting). If you look at more ancient times, it is possible to mention that in Egypt during the archeological excavations was discovered a knitted slipper. According to scientists, its age is 4000 years.

Initially, knitting was considered one of men's crafts. There were various master knitting case. As for the present time, at this moment there are men who do the knitting. According to one of the competitions to crochet ("Golden hook"), which was held annually in America, took the first prize male. Nowadays, the crochet continues to evolve, new techniques, new patterns, compositional techniques and materials.

The main feature of any kind of knitting is that the raw material for knitting is the yarn can be repeatedly used, it will not lose its durability. As for crochet, it is possible to mention the variety of types of patterns and models of knitted products. Unlike other kinds of knitting, crochet creates a variety of decorative items and household items like, blankets, lace ornaments, including toys. Crochet allows you to create a unique look and Express their imagination using the original wipes, colors, shapes and textures, which are used for knitting clothes and home items.