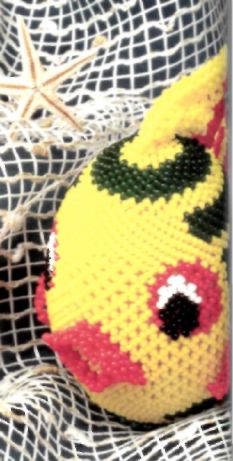 Weave the belt according to the diagram in figure 94, showing its symmetrically and continuing yellow-green figure to the end. In this case, the belt consists of 33 rows. Put it on the billet. 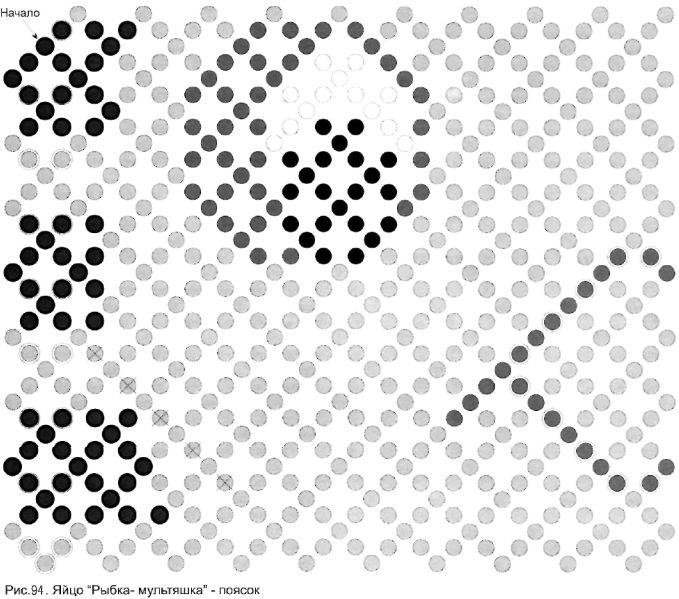 With a pencil draw the workpiece over the belt and underneath the contour of the oval of the head fish and at weaving in a circle do not take over the green beads over the line of the oval.

Weave with a large fin. To do this, from the top of the head down to the tail appetite five beads, gaining three lemon and two beads, gaining three red. Next, complete the first one half of the fin according to the scheme in figure 95, then go back to the beginning of the weave and the second weave the second row the same mate. Sew both pieces along the perimeter. The tail of fishes consists of four identical parts. For weaving use the same beads on the belt, outlined with a double outline, just in the middle of the back fish. 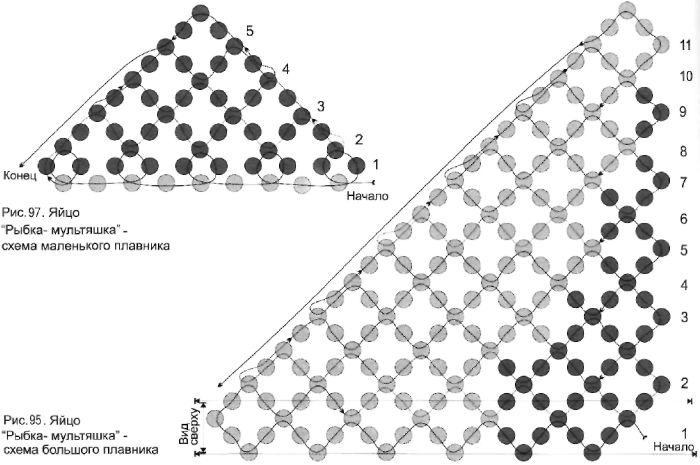 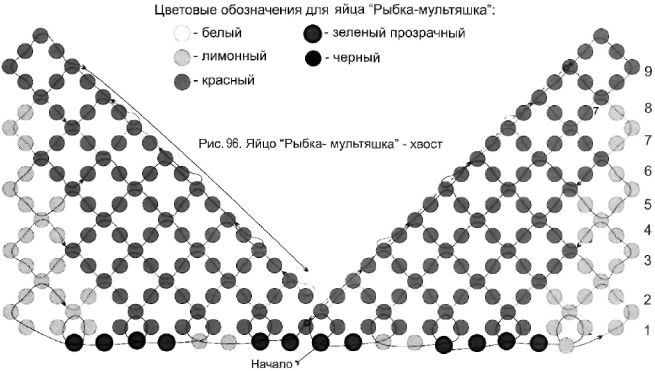 Small fins run the scheme in figure 97. Their location is indicated on the diagram of the belt crosses. The principle of netting of the mouth same as "Fish-Gzhel". Use beads, encircled by the double loop on the belt.