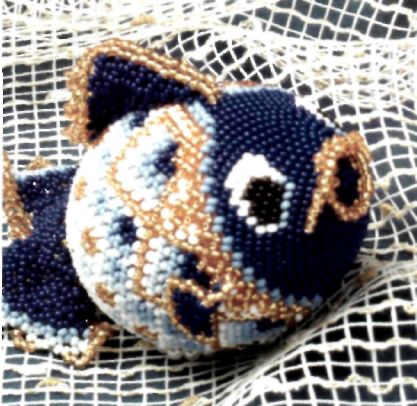 Weave the belt according to the diagram in figure 76, displaying the diagram is symmetrical and repeating two times. Put the belt on the workpiece. The rear portion of the fish (bottom eggs) doplatit white beads. 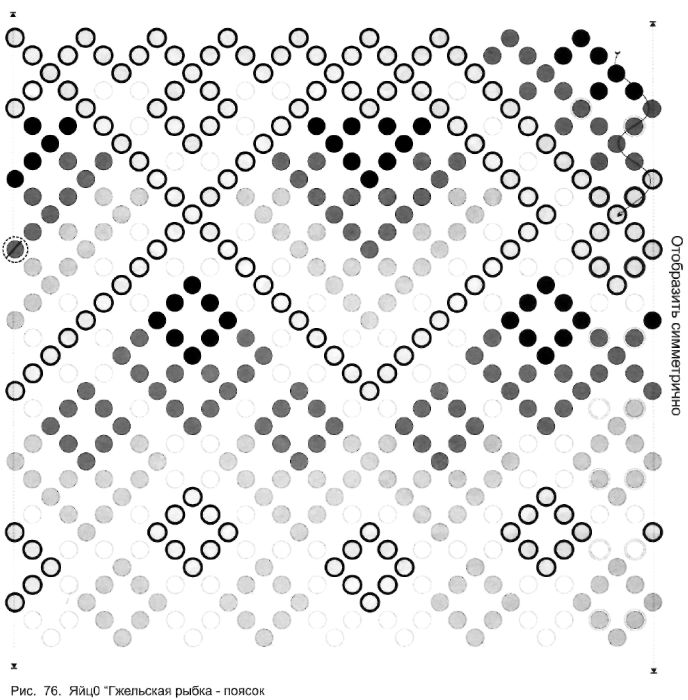 Head braid with beads in the following sequence: two rows of dark purple beads, four rows dark blue. Then mark with pencil on the blank space where there will be eyes and doplatit the head of the fish until the end of the dark blue beads using the diagram of the eye (figure 77). 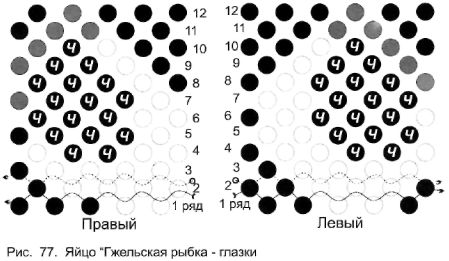 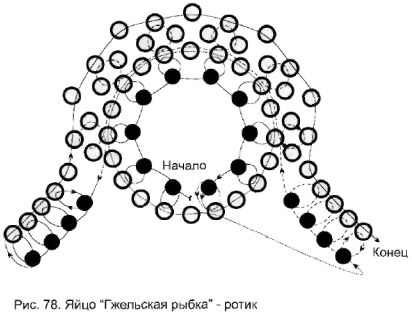 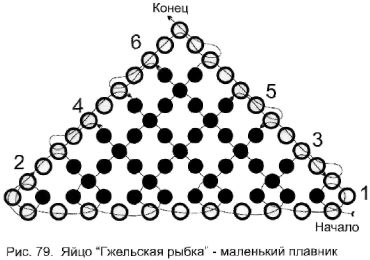 The location of the big fin is shown in the double belt loop. Weave according to the scheme in figure 80 the first one the part of the fin, then back to the beginning of weaving, in the same way. Then stitch between the two parts from the head to the top of the fin (figure 81). 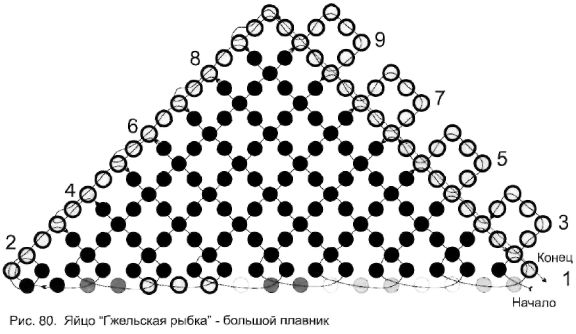 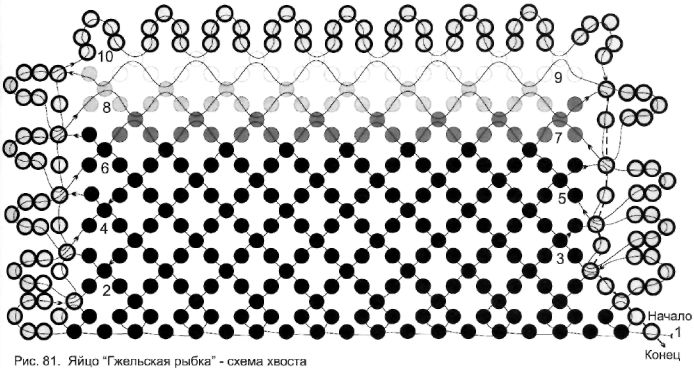 The tail of fishes consists of three parts. Please follow the diagram in figure 82 gold beads. Then according to the scheme of a small fin (figure 79), starting from the second row, weave the dark blue beads of the first Central part of the tail. The middle bead of the last row should be Golden. Then alternately weave beaded two remaining parts of the diagram in figure 83 sewing the first row to the edge of the woven above scheme. So the fish looked up, sew beads for stability closer to the tail. 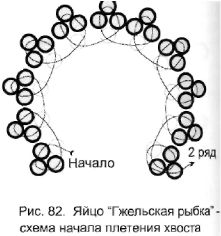 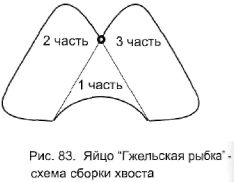