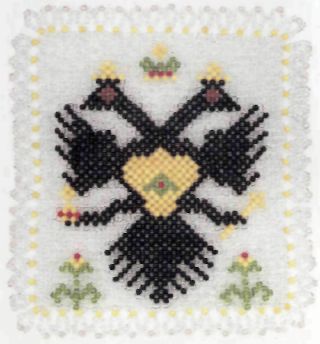 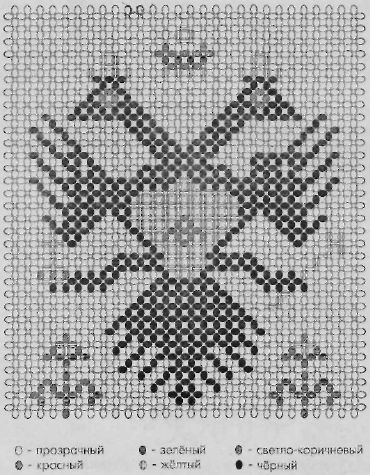 When Nizhnii cross large products with complex pattern, it is useful to pre-transfer image on the paper in the box and on it mark has done the ranks. Another way is to put a ruler on the diagram. "stressing" performed a number of closing and subsequent series (as is done when the typist reprinting the text). This will help to avoid errors in the set of beads. And one more remark: almost all horizontal rows of the pattern symmetrical about the middle, and by performing them, it is easier to follow a pattern. Therefore it is better to Nizami in the horizontal direction.
When you are finished nisana cross, decorate the napkin around the perimeter fringe of hangers-eyelets, prinita them to take extreme beads of the base (figure 3) 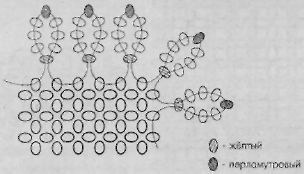