"Ogalala" the Technique of weaving with beads

"Ogalala" the Technique of weaving with beads 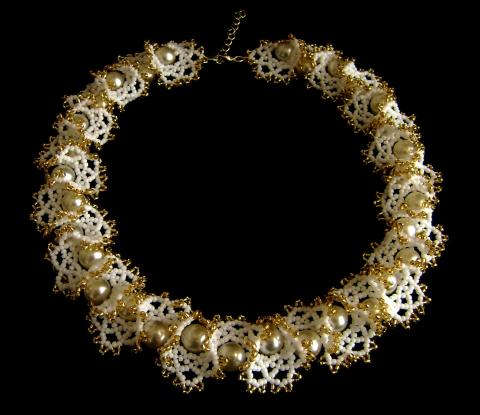 "Oglala" or "Ogallala" — now quite a common technique of beadweaving. The name she got from one of the seven tribes of the Lakota nation (Lakota). Author of "Indian Bead-Weaving Patterns" Horace Goodhue first described one of the ways in beadwork, applied by the Indians, and called it "butterfly Oglala" ("Oglala Butterfly"). Let's take a closer look at this technique of bead weaving.
In order to weave a necklace length of 45 cm in the technique of "Ogalala" you will need: Execution: 1. Enter 1-th number. To do this, take one bead and fix it by passing through it several times with a needle and thread. Then string the beads of the first row, so you have turned out to bead a thread, with a length of 60-65 cm

2. Run from 2nd to 4th rows of figure 1. At the core of each shuttlecock fringe is 16 beads. To move to the second row, type 17, 18 and 19 beads and pass through the 13-th bead, then dial 3 more beads and pass through the 10th. In the same way, weave the second row. To move on the third row go through the 30th bead, type to string 5 beads and then pass through the 27th. It turns out that you skip 2 beads and add 5. In the fourth row weave the same with one difference — noise 4 beads recruited 7. Make the 5th row, odplata three beads in the 2nd, 4th and 6th beads to each arc of the 4th series. 3. When the base is woven, it should be knit according to scheme 2. The number of beads to connect the beads you will have an individual (for large beads have fewer beads, and Vice versa). 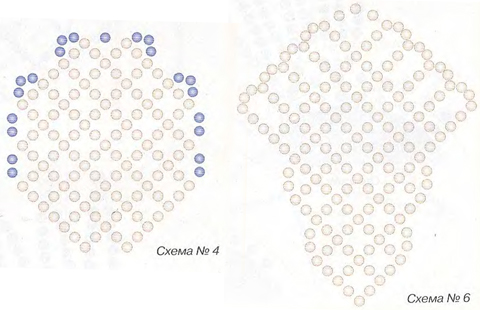 During stitching will make sure that the product was not twisted. All flounces and fringe should be placed on the same side. Examples of work (the technique of weaving with beads "Ogallala"): 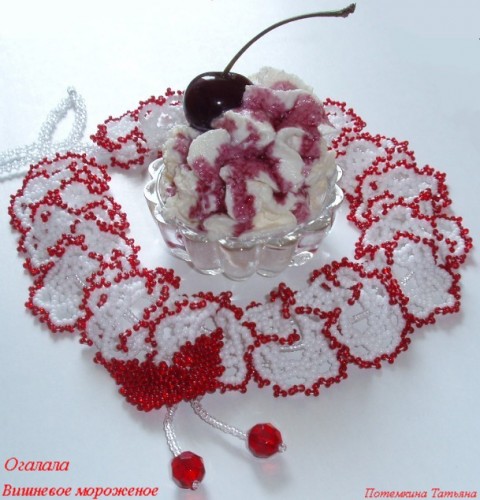 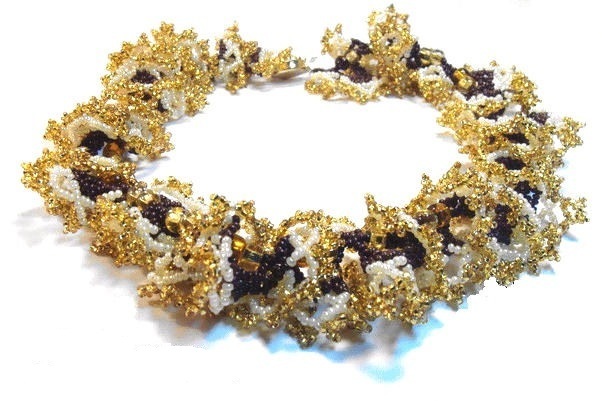 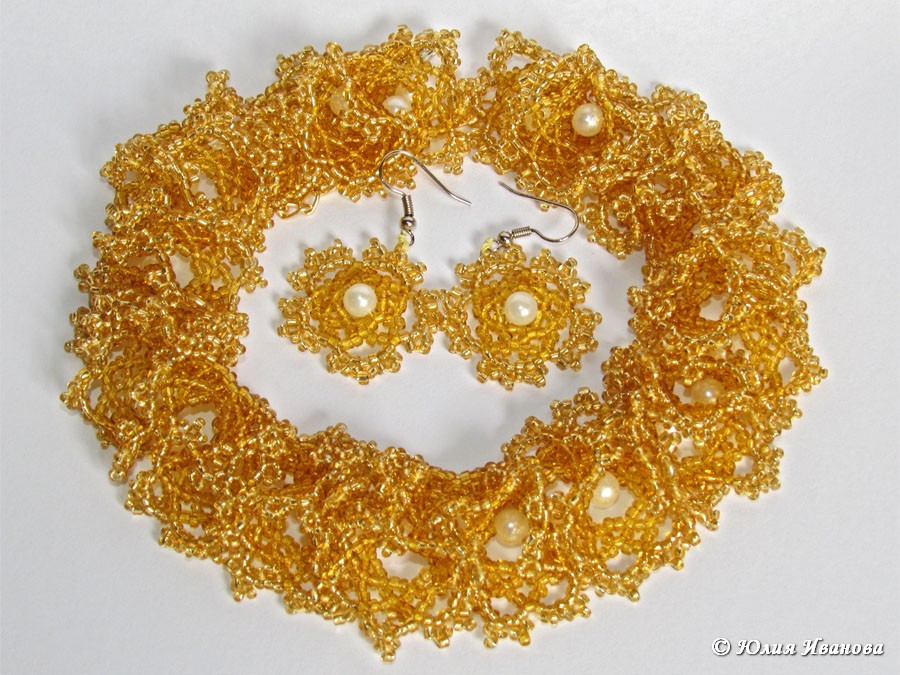