In General, alfalfa is a flower, very attractive and delicate. And today it will be the basis of our ring. A great decoration for anyone who loves summer and bright colors. This flower ring bead will complement any outfit. 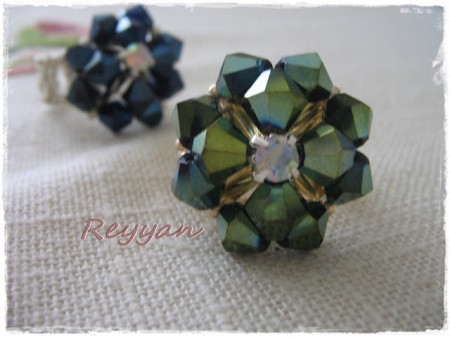 For work, we will need seed beads of Golden color, the same color glass beads, and faceted beads. Weave will be on the line two needles. 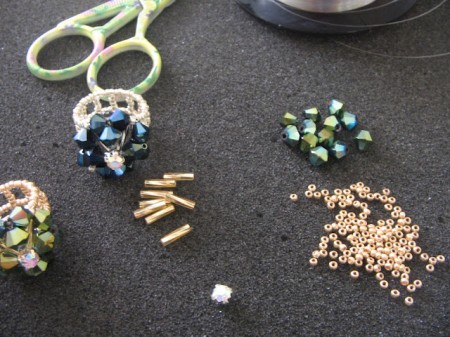 For starters strung on each needle for the beads, then cross the tails of the line in the third bead (also glass). 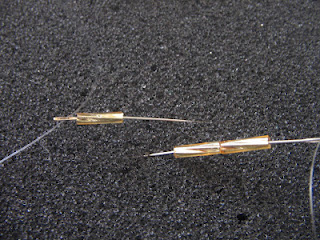 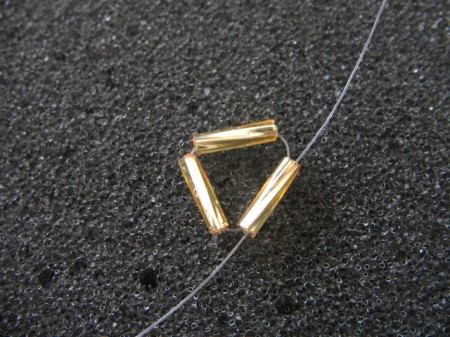 Now on the right tail of another thread strung bugle, and again cross the thread in the new glass beads. It turns out the two triangles with a common side. 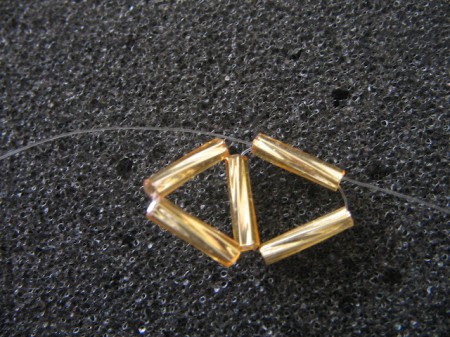 Formed in the same way another triangle. 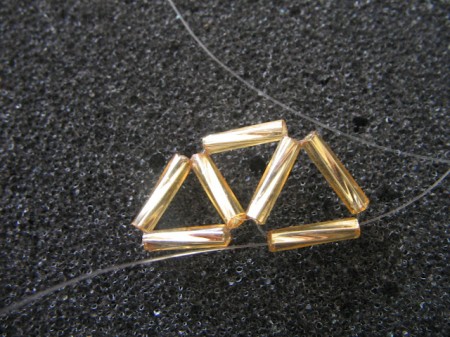 Again, strung at the right tail of the thread the bugle beads, making sure the fishing line was located as shown in the picture, and crossed threads in already proplatinum the bugle, which is a party for our first triangle. 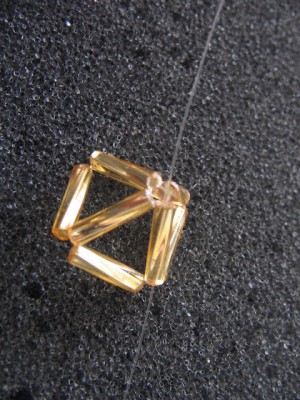 You'll get such a body shape. 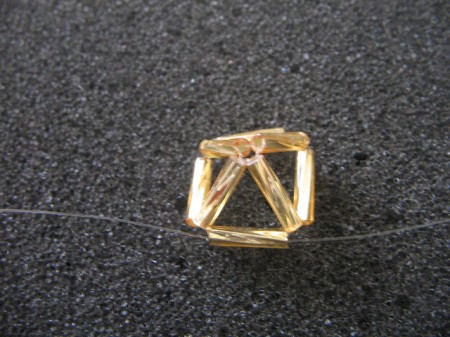 Now prepare the faces of our volume. We weave with two strands. Fasten three beads to one side. Nothing complicated here, you just have to try to attached beads was formed by three petals. 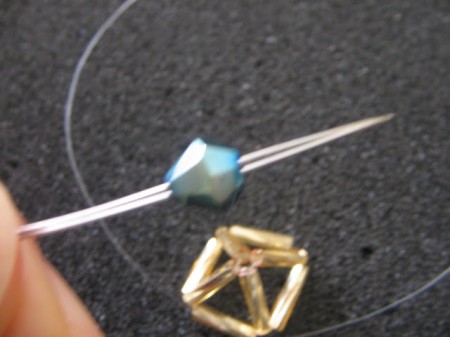 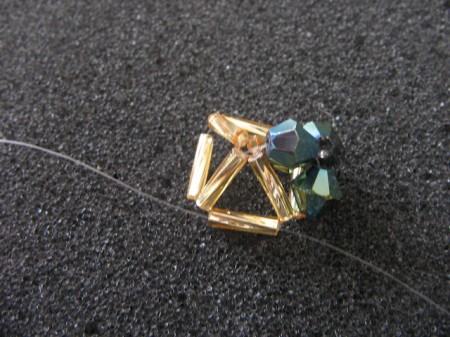 In the same way we make all 4 sides and in the center between them attach the rhinestones. 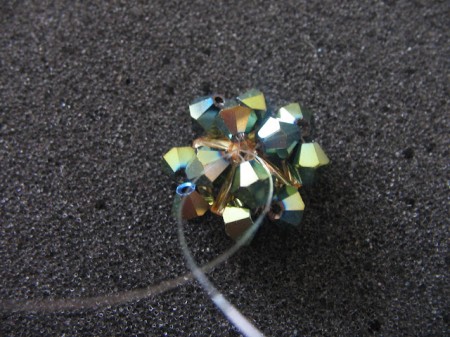 Now engaged in the chain ring. To do this, send the needle to the back side of the product, take one ponytail 3 beads on the second the same and crossed threads in 4 strung the beads. So we have formed the first ring. Continue to weave in the same spirit, until the chain reaches the required for your finger diameter. 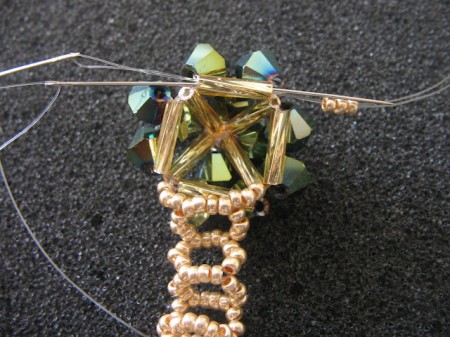 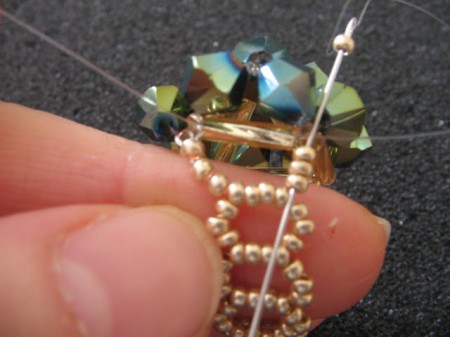 In the end in desire in the center of each flower beads, you can add on the bead. But not necessarily, the ring looks very elegant and original.