Pig. How to make beaded animals

Pig. How to make beaded animals 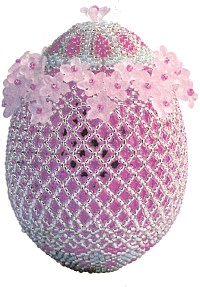 If you are interested in the topic of "how to make beaded animals, "then this article is for you. Presented the figure of a pig is executed in the technique of parallel weaving. This is one of the easiest ways, so the job can be done by even a novice. This cute pig animal bead soft pink color will cheer up both adults and children. It requires to string one bead on the middle wire, and then connect the ends and thread them through the five beads. Thus, to get 1 - 6th row, that is, the tail of the product.
7th row: strung on the left wire end three beads, threading them through the right end of the wire in the opposite direction.

8th row: strung on one end of the wire, five beads, the other end to pass through them in the opposite direction.

9th row: strung on any of the wire ends seven beads, and the other end to pass through them in the opposite direction to the ends of the wire out of the number on both sides. 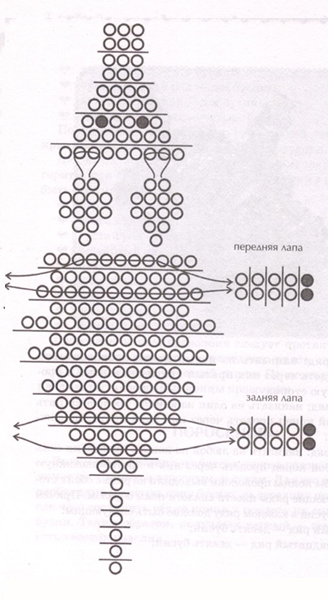 Next, you thread one end of the wire through the beads the 8th row, and the other end through beads 10-th row, and then start making the left hind paw. 1st row: string onto one of the ends of the wire two beads, the other end of the wire to pass through them in the opposite direction. 2-nd, 3-rd, 4-th and 5-th row of weave is similar to the first. Thus in the 5th row of beads must be black. Then do the left front foot. To do this, perform the following. 1 - 2nd series: strung on the middle wire, two beads and two pink beads black. Then thread one end of wire through the two pink beads so that the beads appeared over black. 3 - 5th ranks to weave similarly the rear legs. The free ends of the wire threaded through beads from the 18th and 20th rows, and then start weaving left front paw on the model of the rear left foot. The free ends of the wire close. Next, you need to go to netting the lugs. Thread the wire through the second and third bead of the 21-th row so that the beads were in the middle of the wire, and strung on either of its ends two beads, the other free end to pass through them.
2 - 5th rows of weave is similar, changing only the number of beads:
2nd row - four beads;
3rd row- four beads;
4th row- two beads;
5th number 1 one bead.

The free ends of wire to tighten into a knot and trim. Right ear to weave in the same way, threading the wire through the seventh and eighth beads series. Upon completion of the free ends of the wire close.