Fridge magnets help to create the mood, and in the morning when it is especially important. So, we offer you to make a braided beaded magnet of a butterfly on their own. The product is very bright, attractive and bright. So a good mood in the process of manufacture and use guarantee. 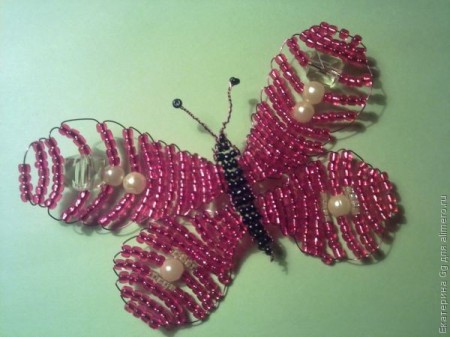 For work, we will need beads of red and yellow, 6 yellow beads, and two large faceted transparent beads. 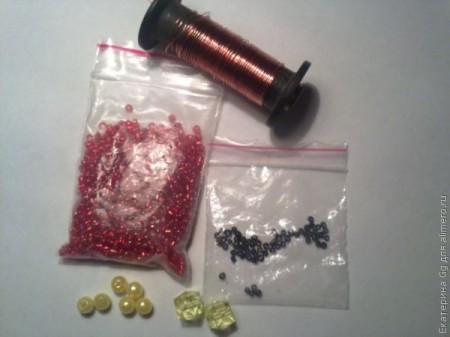 Weaving will all be on the wire. And for starters strung on a segment of 85 cm 11 red beads. Separated from these, 7 and crossed them at the ends of the wire, as in the parallel weave.

The following series will consist of 8 beads, which we also cross our wire ends. 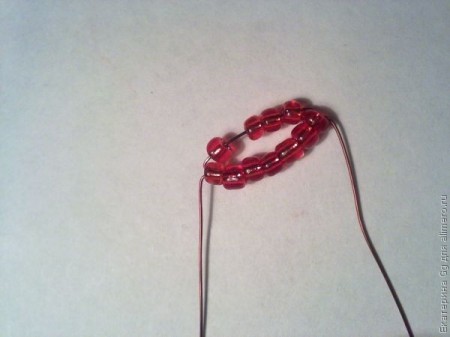 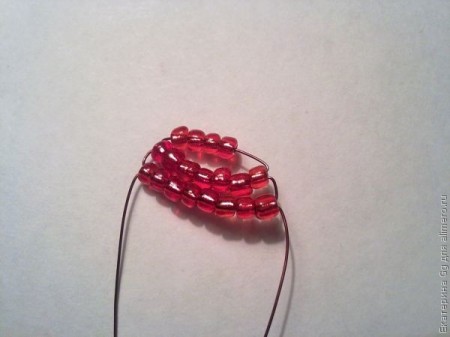 Now add in weaving large bead. To do this, strung to the wire 4 red beads, bead again and 4 red beads. Tighten the same parallel weave, that is just typed in crossed leg opening both ends of the wire. 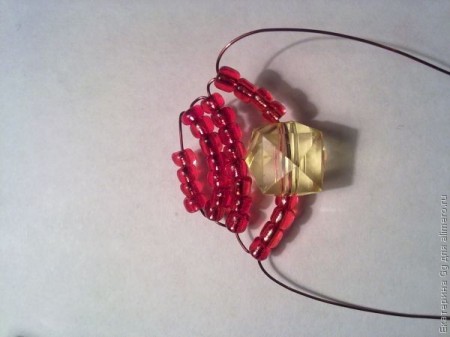 Further work will be small yellow beads, 5 red string, one bead and 5 Reds. Tighten. The next row will be exactly the same. 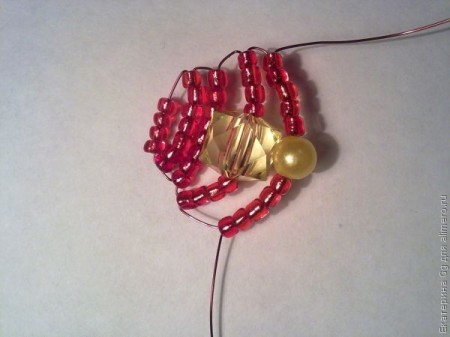 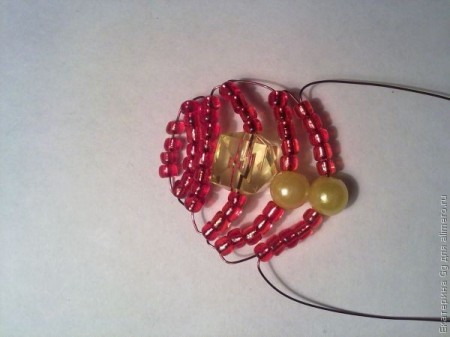 The following series will consist of 10 red beads. 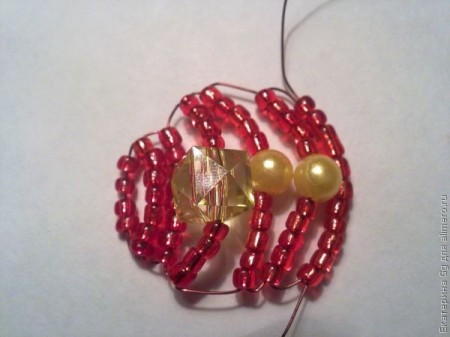 Now the number of beads will go on reducing. That is, each successive number is smaller than the previous one bead until until only 3. This will be the last next of the wing. Make two such items. 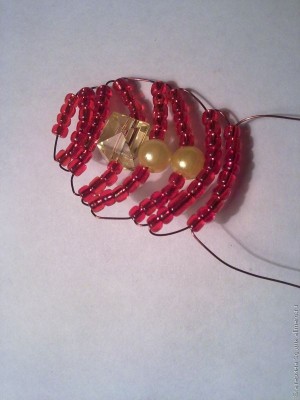 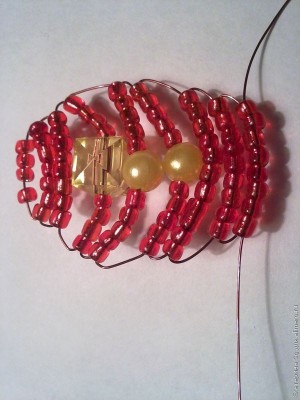 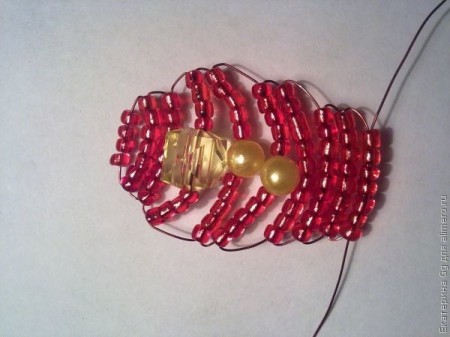 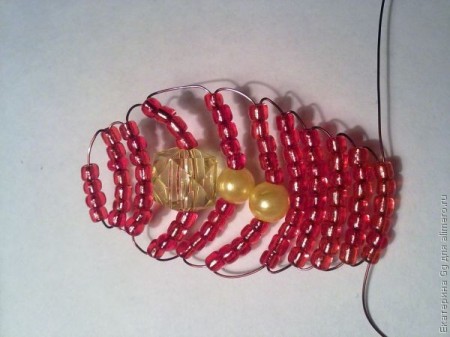 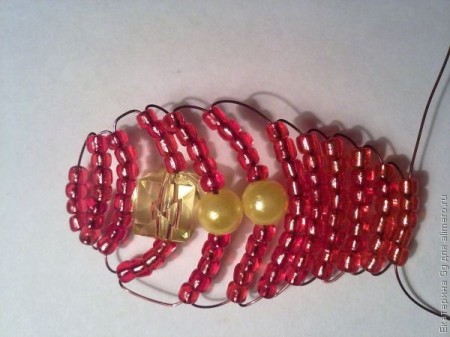 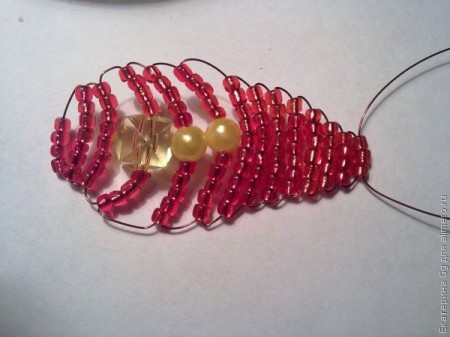 Now almost in the same way we weave little wing. 70 cm piece of wire strung 10 beads and cross the wire ends 6 of them they scored last. 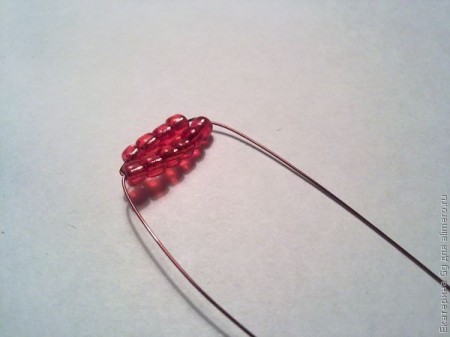 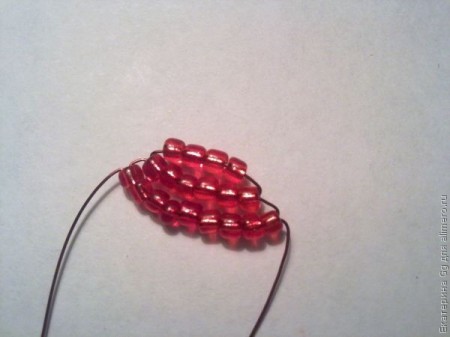 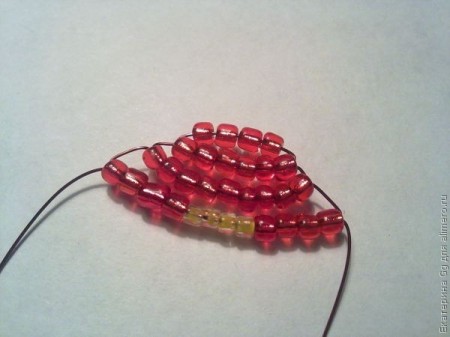 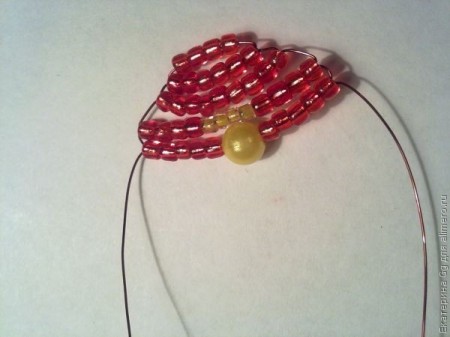 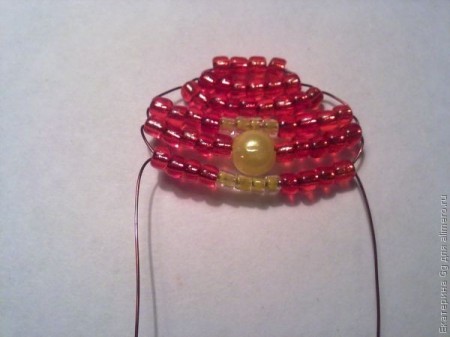 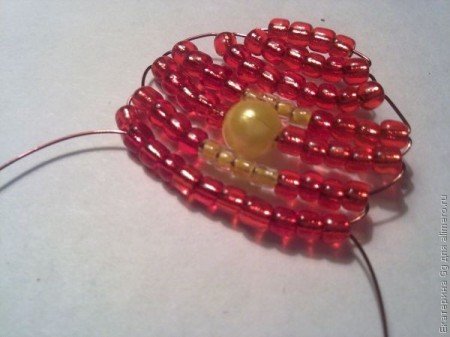 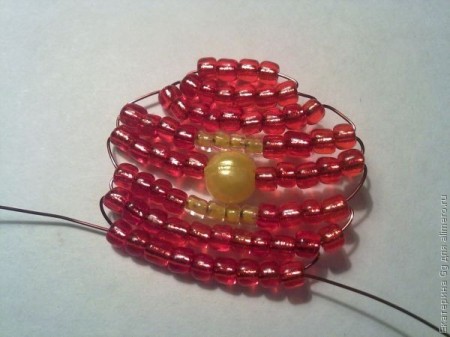 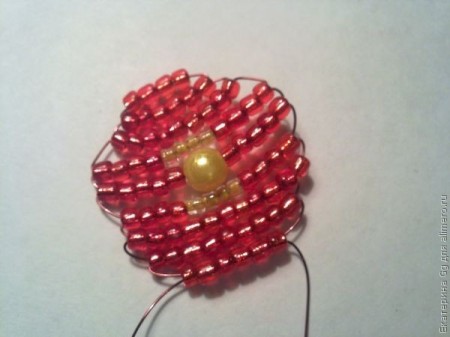 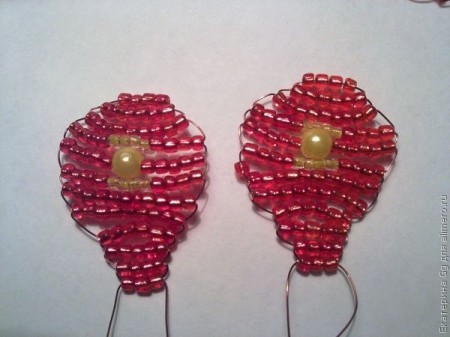 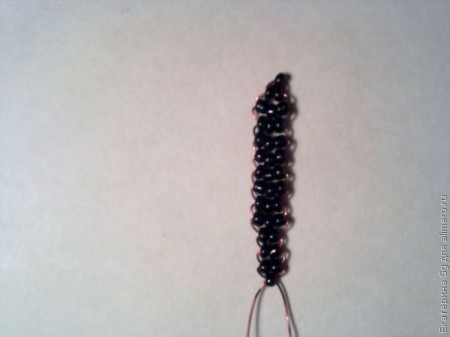 Even easier to make antennae – 10 inch cut strung bead black, twisted wire and also forming a second tendril. Attach them to the torso. 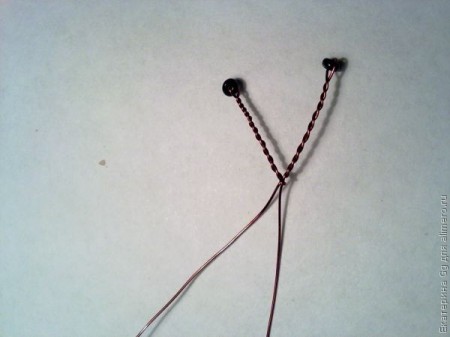 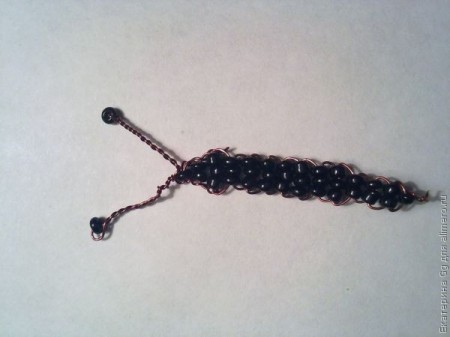 It remains only to piece it all together and stick the butterfly to the magnet. And decoration for the refrigerator will be ready.