This new type of beads is similar to the usual squares, but with two holes. Quite unusual material from which it is possible to make very beautiful products. For example, like this braided bracelet from tila. Quite unusual looks due to the use of tila beads. 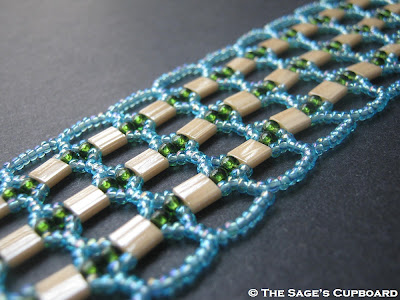 For work, we'll need beads of different sizes, the most common, tila beads, and fishing line. Starting weave remember that you will need one bead in a contrasting color to stand out among all the others. The so-called stop bead. 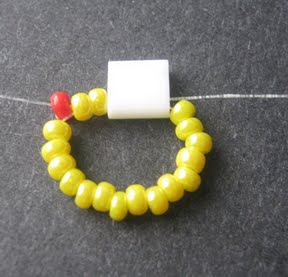 Strung on fishing line 15 beads, a tila, and 2 beads of the base color and one contrasting. Then cross the ends of the strands in Tiel and in the last 3 dialed beads with contrasting.

Now we start on the next row. To do this, strung on a thread, without contrast of the beads, the white, and sent to the second hole Tila. Do the same with the other side of the beads. 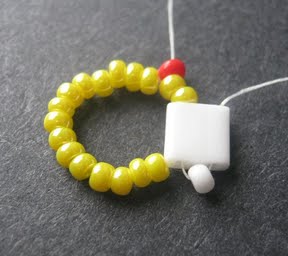 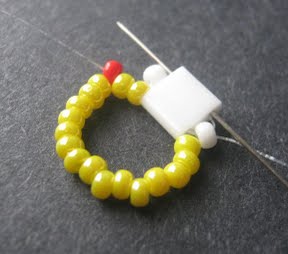 Next, string on 7 beads of the main color, the tila, and 7 beads and put the thread into the second hole Tila from the first row. And then we add each side of the tila one white bead. 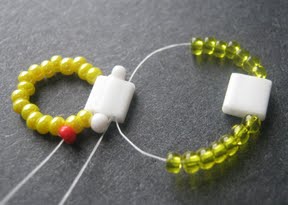 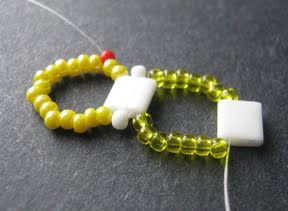 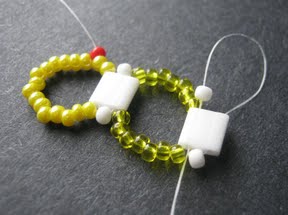 Weave so low yet not reaches the desired length of the bracelet. And proceed to the second tier. 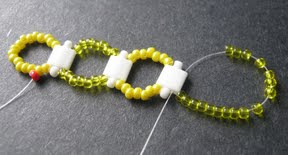 The last link of the first row are performed without Tila, just forming a circle of 17 beads. And then send the needle almost through the whole circle, so that the fishing line did not reach 2 Tila beads. 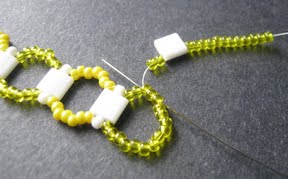 Now strung on the line 2 beads, tila beads and 12. And form a circle, sending the needle in three beads as shown in the picture.
Again on each side Tila add one white bead. 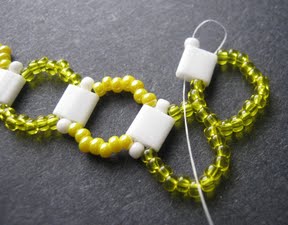 In General, the second layer being woven in the same way as the first, the only difference is the number of strung beads for the sides. Since we already have the first tier, then he will be an integral part of the second. Part of the beads of the link from the first tier will be the basis for the second level. In the picture it is more clear. 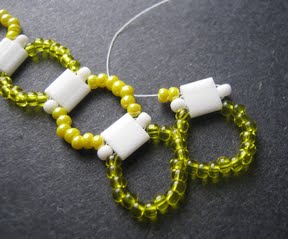 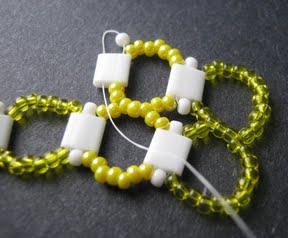 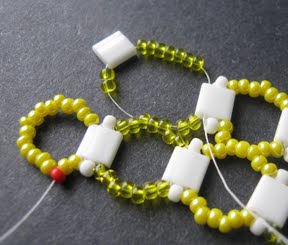 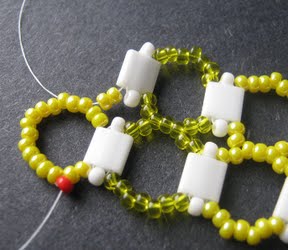 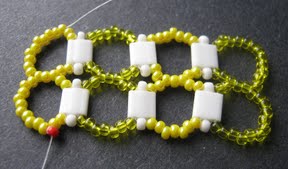 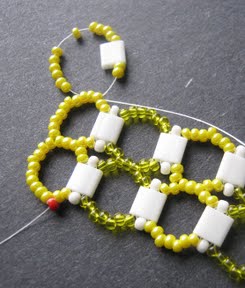 Most importantly, the number of tiers is arbitrary and you can make very high bracelet.