The history of the emergence and spread of beads

The history of the emergence and spread of beads

The first decorations appeared a long time ago. All kinds of pebbles, shells, fragments were strung on grass stalks, hair, and were, in fact, the first jewelry and amulets. Often, this "jewelry" wore a purely aesthetic character. As for the material, I mean glass, it was learned to produce it 6,000 years ago in North Africa and the Middle East. Syria, Lebanon, Turkey, Egypt can claim to be the homeland of glass.
The most ancient beads, which date back to 4,000 years, were discovered by archaeologists during the excavation of Thebes. No one currently disputes the Egyptian origin of the beads. The most popular in Egypt was the so-called fake pearls, made from muddy opaque glass. Bracelets, beads, a wide variety of jewelry were made from it. Phoenicians put the flow of glass goods on stream, throughout the Mediterranean beads became one of the indicators of wealth and social status. 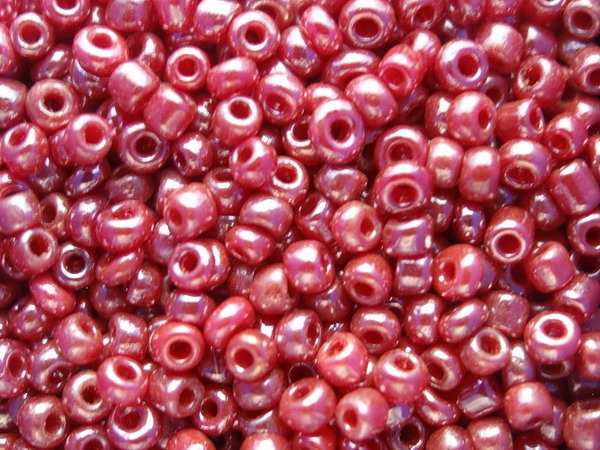 In the 5th-4th centuries BC, Alexandria became the main producer, but then Greece, Rome and some Muslim countries competed with it. After the Roman Empire fell, glassmaking began to develop in Byzantium and in Venice. In 1221, the glass production of Venice was transferred to the island of Murano - for reasons of fire and sanitary safety. In addition, the island's location greatly simplified control by the authorities. In 1275, the Senate prohibited the export of raw materials from the island in order to keep technology secret.
In the 14th century, glaziers began to enjoy special privileges, and yet some professionals ran away, opening workshops in other cities and other countries. In the 15th century, a new mode of production appeared, such as blowing. Progress did not stand still; already in the 16th century, beads were made not from hollow tubes, but from solid ones. By the beginning of the XVII century in Venice there were already about 250 workshops producing beads. In the middle of the XVIII century, due to increased competition and a drop in production, only 20 workshops remained, and the war between France and Austria halved this number. 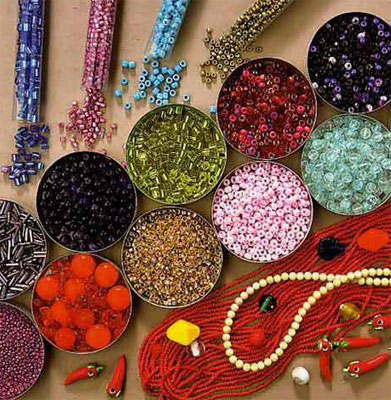 After the war, production revs increased again, and a mechanical method of manufacturing arose. Thus, beads became accessible, massive, including in Russia, where beadwork became very popular among all segments of the country's population, especially skilled handicraft patterns appeared within the walls of monasteries. So, slowly but surely, took the leading position among all the other decorations such material as beads.