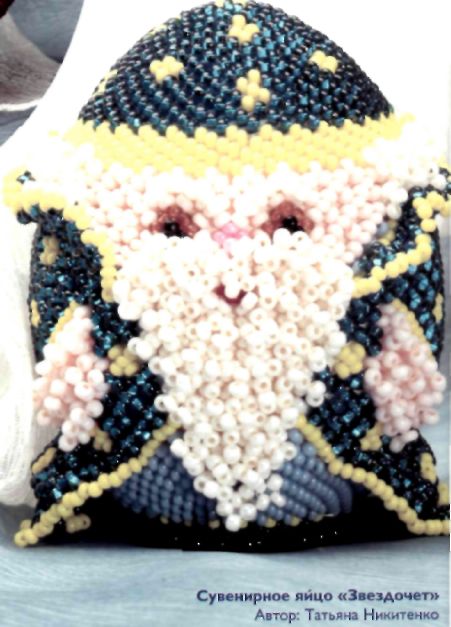 Weave the belt according to the diagram in figure 19, displaying the diagram is symmetrical. In this case, the belt consists of 32 rows. Put it on the billet. 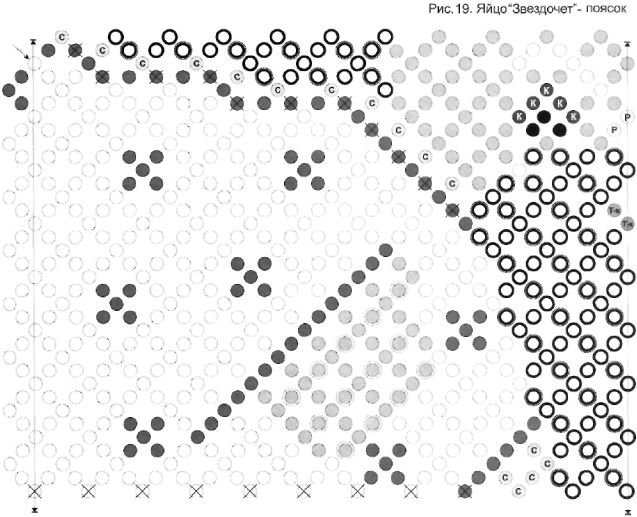 Cap braid astrologer in this order: 7 series — lemon beads, then blue light, including the netting of lemon beads. On the hood of asterisk should be placed about the same as on the coat. The lower part doplatit purple beads and on the bottom tab black beads for stability. Panel second layer of hands, hair and beard astrologer, picking up 3 beads of the color that corresponds to the sheathed part.

Use only those beads that are circled in the diagram of a double belt loop. Doplatit the end of the beard according to the scheme in figure 20 and panel.

Sew two black beads for eyes and pink — in place of the nose.

Panel the second layer eyebrow, picking up one bead. Connect them together by threading fishing line.

The collar of his cloak whipping in the diagram in figure 21, attaching the first row to the citric the beads is marked with a cross on the diagram of the belt. 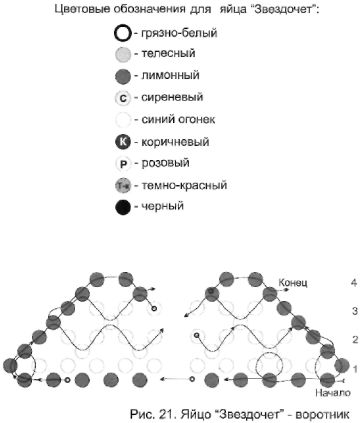 The hem of his cloak whipping as well as the collar. Sew the first row to the bottom beads of the belt, starting with lemon beads. The hem consists of 8 rows. The last 8th series run, gaining 4 of lemon beads. Vyplata hem, turn in some places five lemon beads to continue the star pattern of the coat.