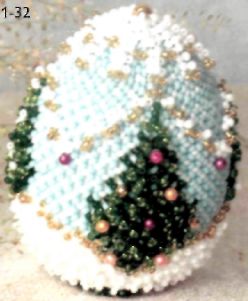 Weave the belt according to the diagram in figure 8. Put it on the billet. The upper part of the egg run blue and white beads, continuing the pattern of the belt, and decorate it with a gold bead. The lower part doplatit white beads on the bottom sew green beads. 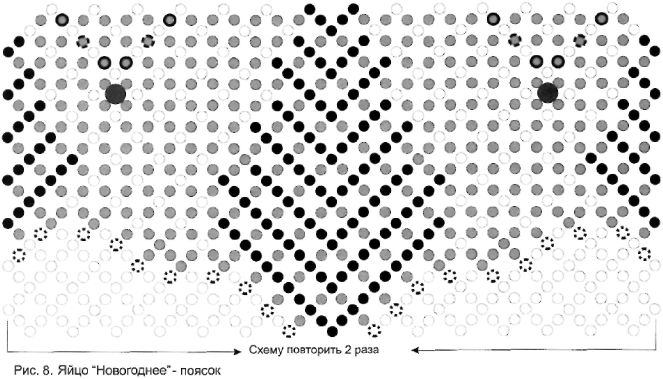 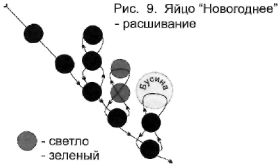 Further, in the same way as a snowflake, embroidered garland, alternating white and gold beads. Place the garland shown in the diagram to the belt. The lower parts of decorate with colored bead.