The bracelet is just designed to beautify your wrist in the summer. Lovers of handmade jewelry is dedicated. 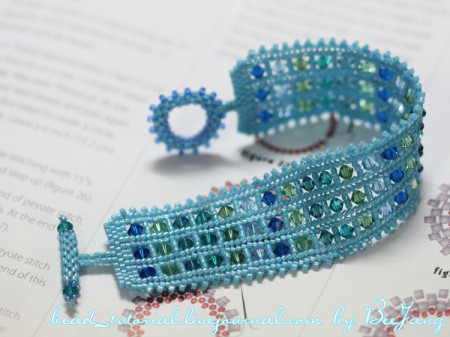 You will need 11 beads, bicone 4 mm, needle for weaving, and thread. You can use fishing line and monofilament, and regular nylon thread, here on wish. What you easier to work with.

Start from the form bottom, the first row. To do this, take 2 beads onto the fishing line, and crossed the two ends of this scaffold in the next two strung the beads. You get a small square. Next, we use the upper tail, sending him in the previous two beads it that it came from the bottom. String on 2 beads, and sent back in a circle – beads of the first row, and again strung beads. 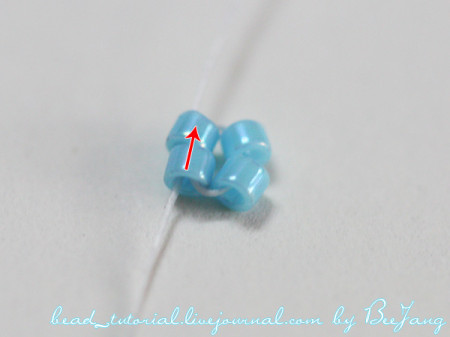 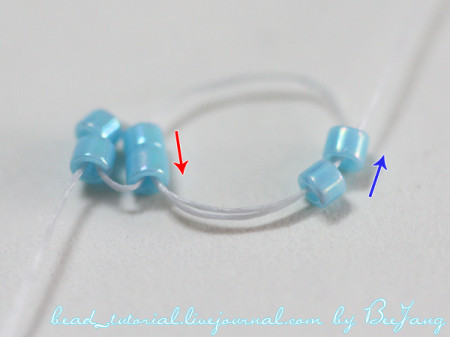 So we need the low spin length. She, as always, depends on the width of your wrist. 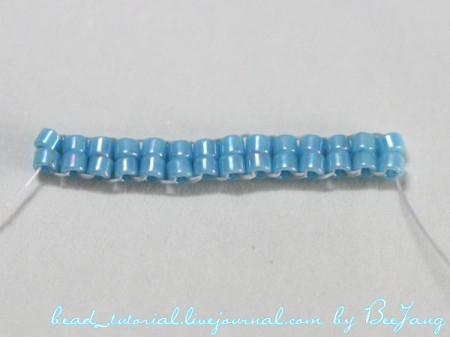 Next, forming a row of 2 beads as shown in the photos. These "horns" are formed every two beads. And again — until the end of the row. At the end add one bead from the edge. 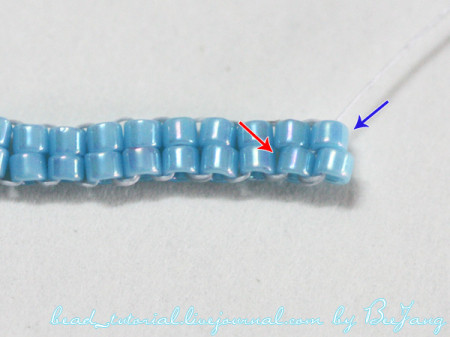 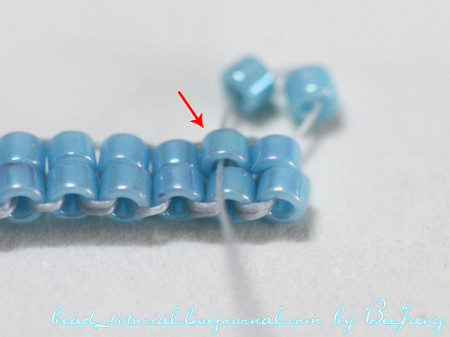 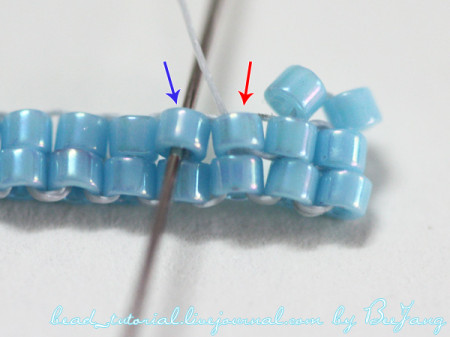 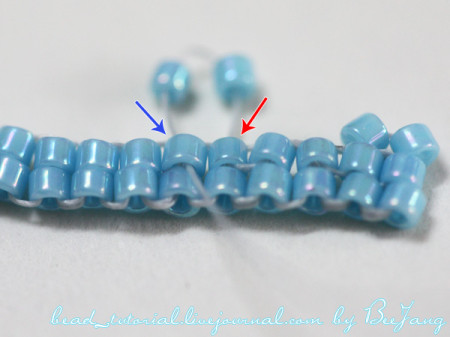 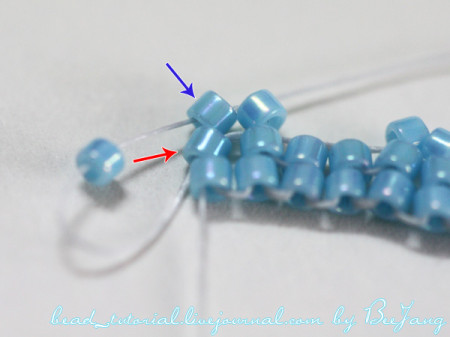 Generated another series of "horn", and move on to the next. Do it , passing a thread with a needle through the beads of the first series. In the end don't forget to add one more bead from the edge. To have a symmetrical pattern. 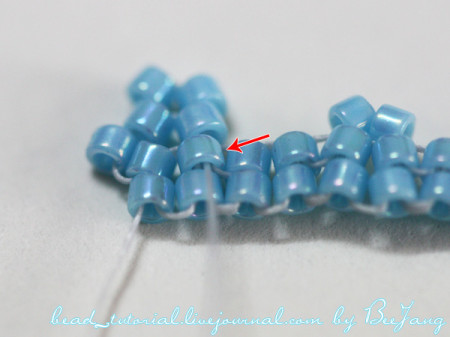 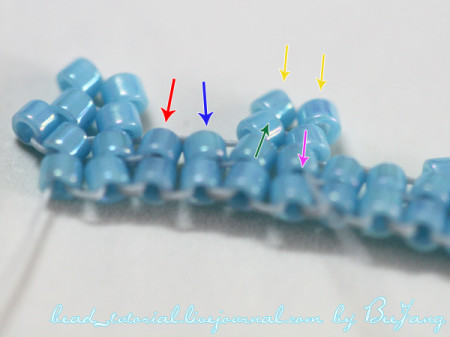 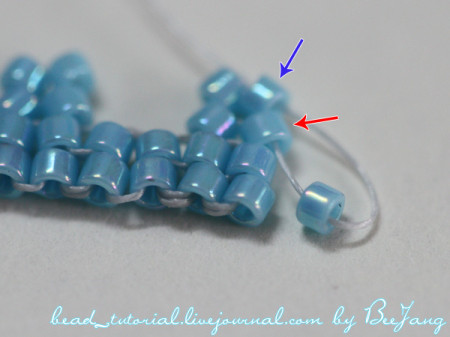 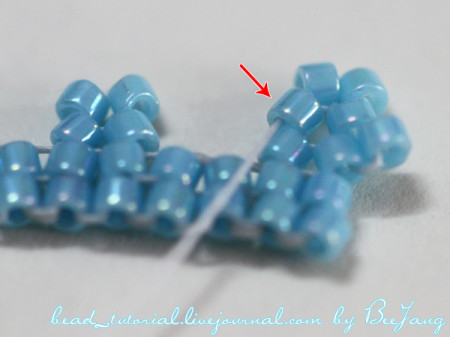 Now between our posts, you can insert colorful bicone. Again spinning right up until the end of the series. 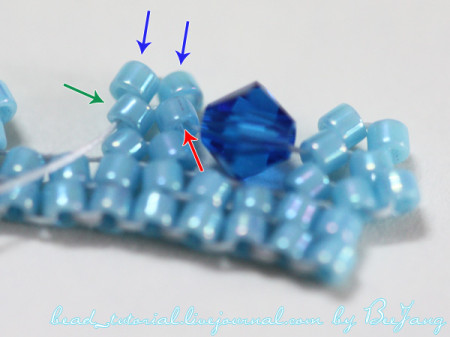 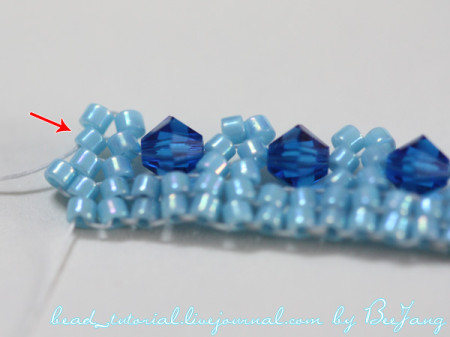 Building up another series for our columns. The principle of weaving is the same. This is called the Ndebele, in the home of our articles we talked about it in more detail. 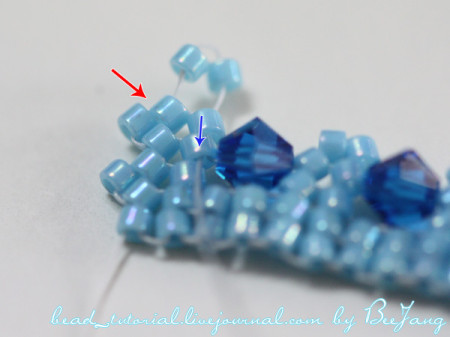 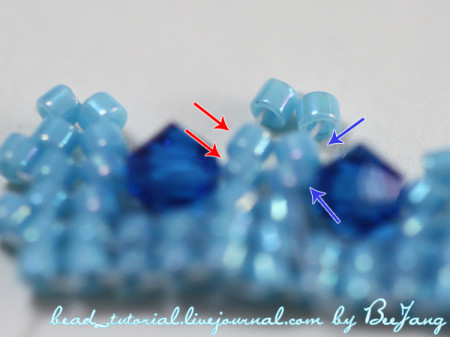 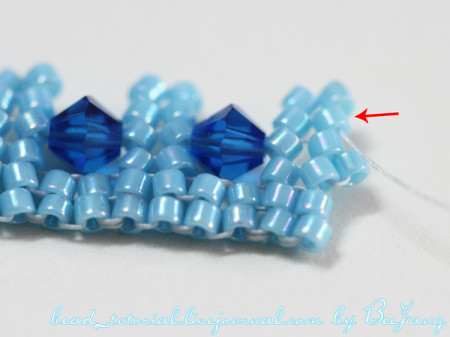 In the next row, we simply add another pair of columns, but also extend the three beads above the bicone. 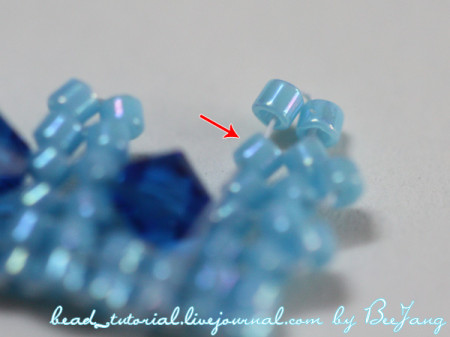 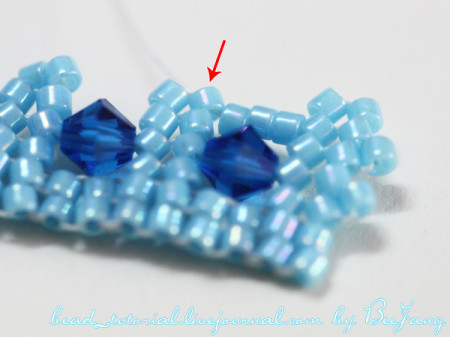 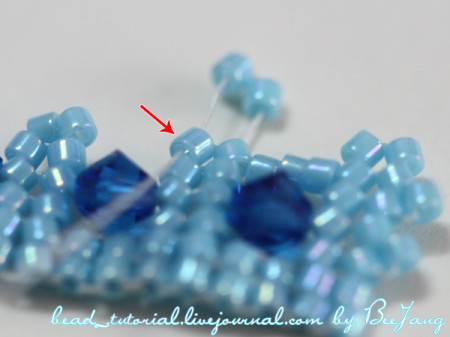 Then everything goes on the same principle. We have been gradually expanding the columns when they reach the height of the row of three beads, add a bicone and then re-stretch over the round wall of the three beads. The thus generated a bracelet of the required width. The number of rows depends on your preferences. In the end will form the same number with which we began. To do not a flat edge, such as the pictures, just add the beads in a circle. 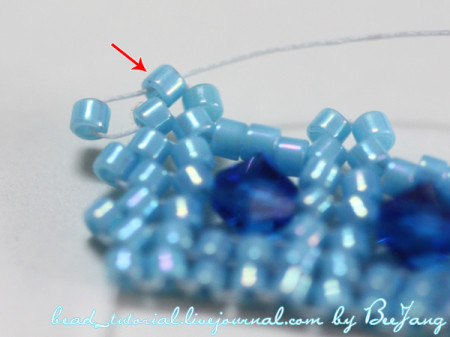 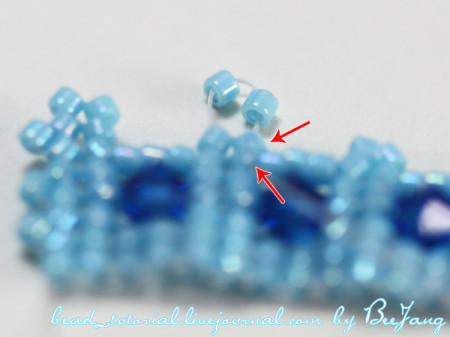 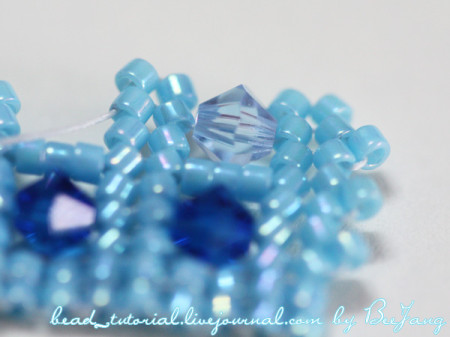 Will only need to fix the zipper, or make them yourself, again beaded. 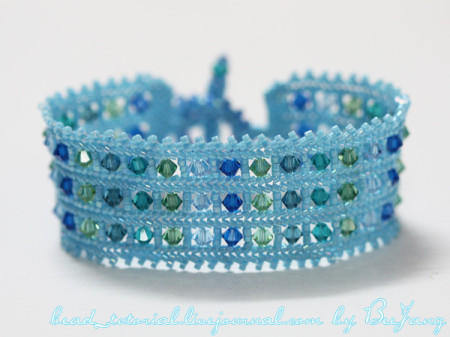