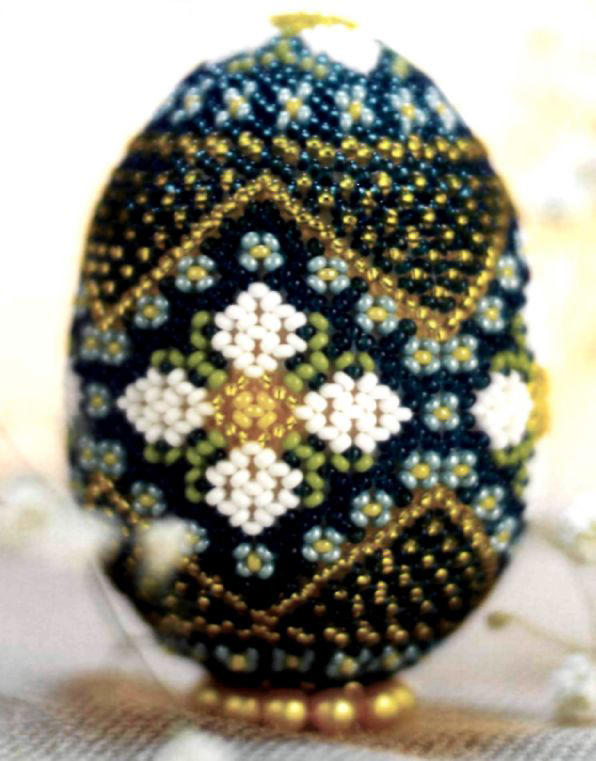 Weave the belt according to the diagram in figure 50, showing the scheme is symmetrical and repeating four times. Put the belt on the egg. 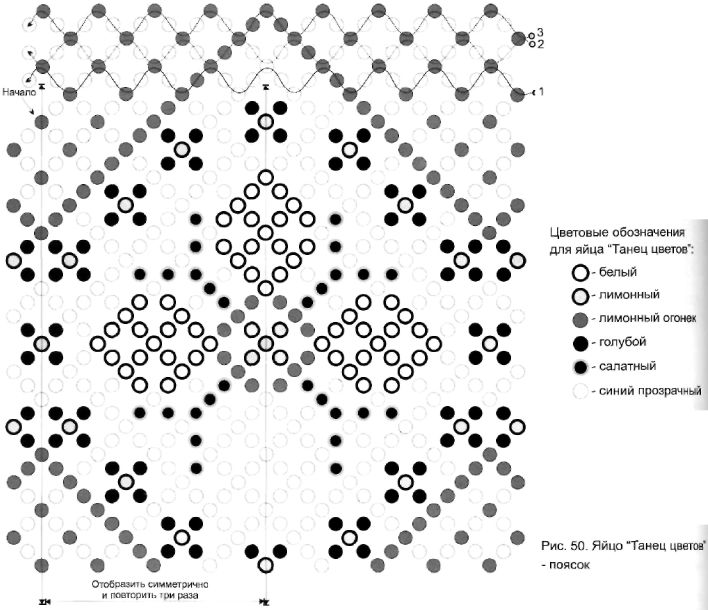 Ending the pattern of the belt, weave in a circle three rows as shown in figure 50.

Appetite the upper part of the workpiece according to the scheme in figure 51. 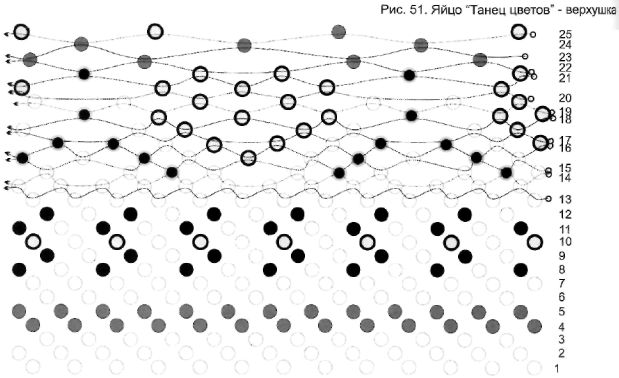 The lower part of the workpiece appetite as well as the top till 12-th row of the diagram in figure 51. Finish the beaded, blue transparent beads. Lemon sew beads on the bottom for stability.