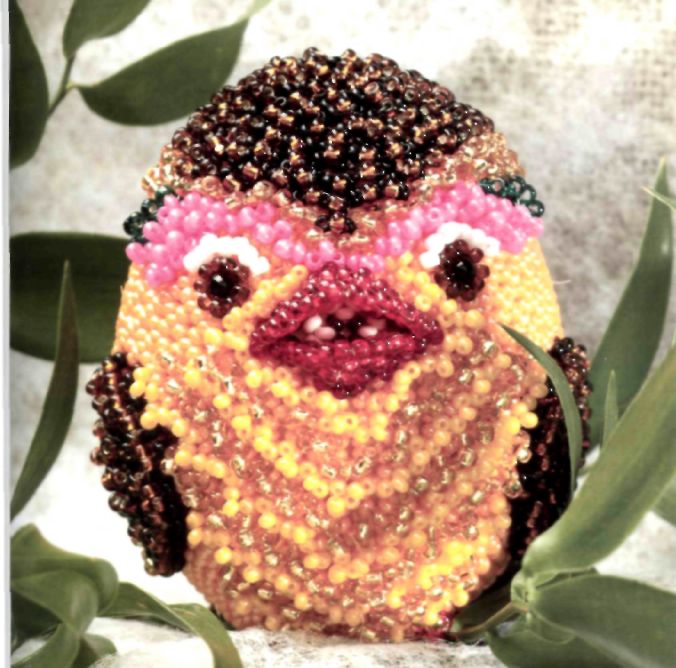 Weave the belt according to the diagram in figure 89, showing the diagram is symmetrical. Put the belt on the workpiece and doplatit the top and bottom of the egg orange beads. 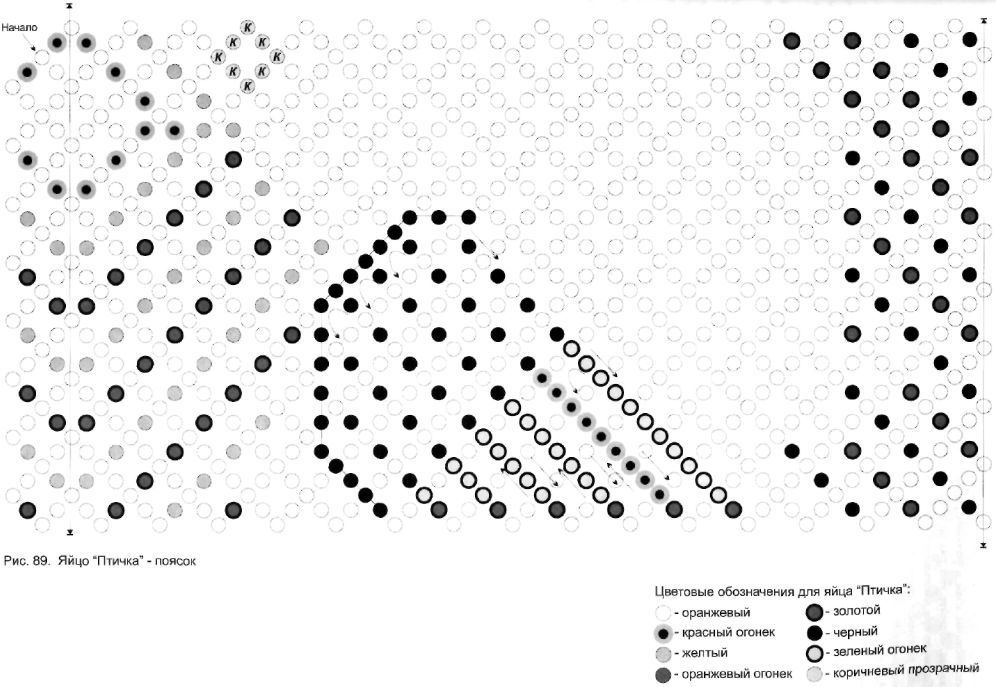 Oplata top, begin at once to sheathe the head of the bird in a circle the second layer, gaining three beads: black, orange, light, black. Finish twining, before reaching the belt one centimeter.

Next, complete the lower part of the beak on the diagram in figure 90, then the upper part. Please note that the top half of the beak longer than the lower.

Eyes whipping by the scheme in figure 91. Above the eyes tab by seven white beads and connect them, extending the line. Then from the centre of the beak to the far white beads panel a row, gaining three pink beads. Next, the same panel in the second row towards the middle of the eye. Then, gaining three beads green light, panel third row. 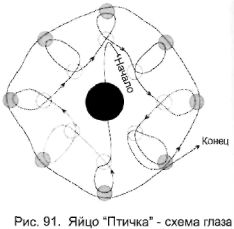 Now let's finish towards the head of the bird. For this doplatit angle the forehead and the back of the head, making the same set of beads, as in the weaving of the crown. Follow the weave of the forehead so that there will be a number between braided pink forehead and near the eyes. Starting from the bill panel this series towards the back of his head, picking up three gold beads. Then similarly run the second and third rows. Symbolic weave pattern of feathers around the eyes of birds are given in figure 92.

Further appetite all the beads on the belt, in addition to orange. The beads connected by a line appetite, picking up one bead of the corresponding color. Then through them stretch the line. The rest appetite, gaining three beads of the color that is indicated on the belt. Black beads connected by a line appetite orange spark, all the rest of the black beads is the same set as the top of the bird.

Tail whipping in the diagram in figure 93, sewing the first row to the beads circled in the diagram of a double belt loop. On the bottom in a circle tab red beads for stability. Under the breast is symbolic embroider two legs. For each panel in a circle a few beads, picking up three red beads.