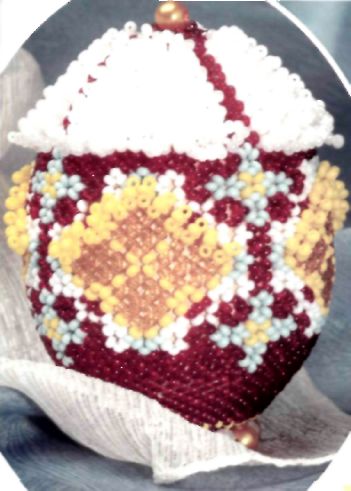 Weave the belt according to the diagram in figure 17, displaying the diagram is symmetrical and repeating four times. Put the belt on the workpiece. 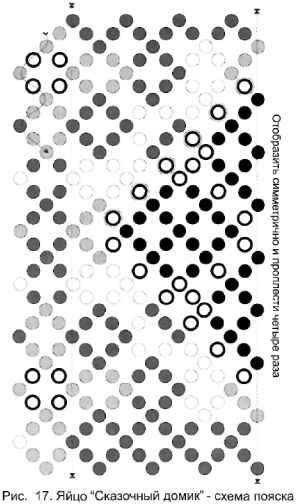 The upper part of the house spin the diagram in figure 18. On top sew a big yellow bead. Next, the second panel layer of white sector. Beads, outlined by a double contour, obliviate, gaining three white beads; marked with crosses gaining five beads; marked with a bar — gaining seven beads. 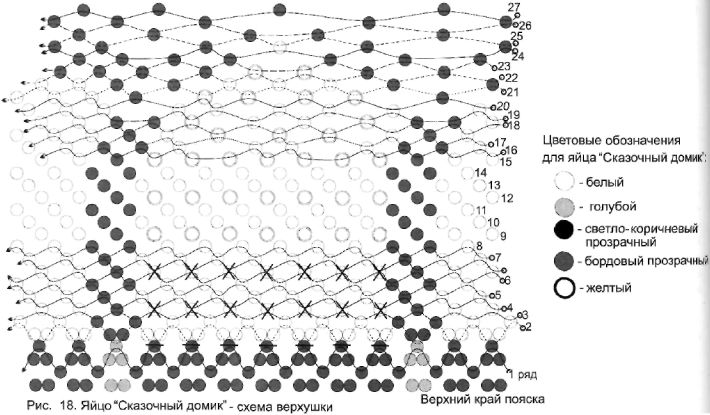 Then panel beads outlined with a double outline on the diagram the belt, gaining three yellow beads. The lower part of the house, zaplatite Burgundy beads.

At the bottom sew the yellow and white beads for stability.