Shuya is since ancient times a center of Russian industry, trade, the development of various crafts and folk art. Embroidery traces its origins from ancient times. Existing previously as a home occupation, it is one of the first to become a craft and then the craft due to the close relations with the urban environment. The city was the determining factor in the formation of the art features embroidery art. 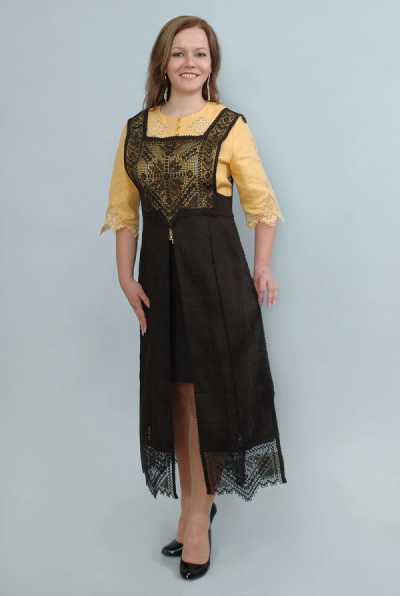 Varieties of stitch-embroidery technology in the past century, Shuya was different heirloom white Previti, white stitching using a darning and flooring, white strojeva embroidery with the introduction of a colored stroke outline of the picture, the seam on the letter, as well as subtle and complicated openwork. Earlier, the white embroidery stitch-embroidery was often reproduced zoomorphic motifs: roosters, deer, horses, leopards, Peahen, Swan. Much love from the fountain of masters used a pattern called "PAVA-bird." In shuia embroidery surfactants are fantastic and the magic, splendor and richness strachenyh of cutting, enriched with colored outline along the contour of the silk and wool threads. From ornithomorphic ornaments presented in Shuya embroidery was often reproduced the motif of the eagle. The dissemination of this image in embroidery have contributed a lot of products manufactories of the XVIII – early XIX centuries, as well as monastic and landowner workshops. In the late XIX –early XX centuries, the line is undergoing significant changes. Narrative scenes give way to geometric patterns and plant motifs in the form filed naturalistic roses, branches of grapes. Among the floor masters have become very popular embroidery called "Kuban". Feature of "the Kuban" is the use of large thinned cells that compose a geometric pattern of squares, diamonds, crosses, sockets, combined with gladeville seams. The salient features of Shuya lines began filling the Crosshatch horizontal, vertical and diagonal axes of thread, to create a pattern of rosettes, circles, nepovinnikh n cross-shaped motifs, as well as combinations of tightly sewn with delicate parts that stressed the plastic expressiveness and beauty of black and white compositions.