Straight stitches, and this is evident from the name, apparently represent the successive periods of the same line. According to the classification they include: a running, copying, basting, zametnye, vymetaya and stitches for assemblies.
Direct a running stitches are used to temporarily join parts of products, when you prepare it for fitting to the executing machine works. To perform a running stitch the two parts fold right sides inwards, align the edges or planned lines and connect straight stitches strictly on the planned lines or on the same distance from them.
Perform a running stitches, with an equal tension of both parts, i.e., without landing, or with a little slack on one of the components, i.e. landing. The length of the straight stitch depends on the thickness of the tissue, the function of the product and ranges from 0.5 to 2.5 cm.
Direct copy stitches, also called snares, are used for accurate transfer of the planned lines and control marks from one part to another symmetrical; and in cases where the intended line you want to save for a long time. For their implementation two identical parts are folded, right sides inside, stack the slices and along the planned lines leading line of straight stitches; this thread is not tightened, the surface leave loops with a height of 0.2-0.7 cm, depending on tissue thickness. 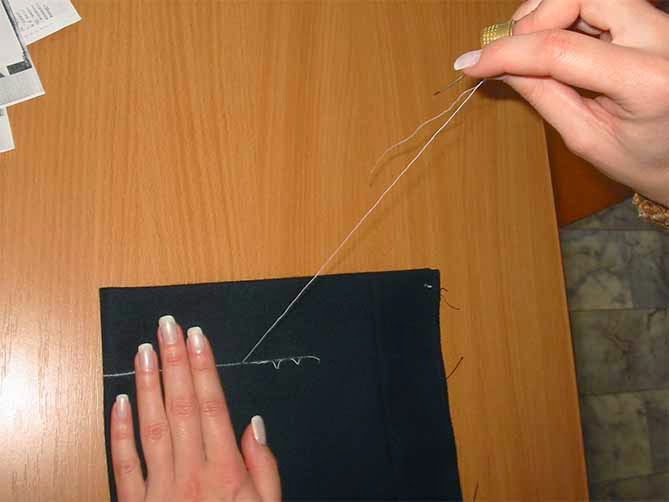 The frequency of 4-5 stitches at a distance of 5 cm Then the parts are spread so that the threads of the stitches taut, and cut them in the middle between the two parts. The remaining parts of the ends of the thread are contours of the hyphenated lines. 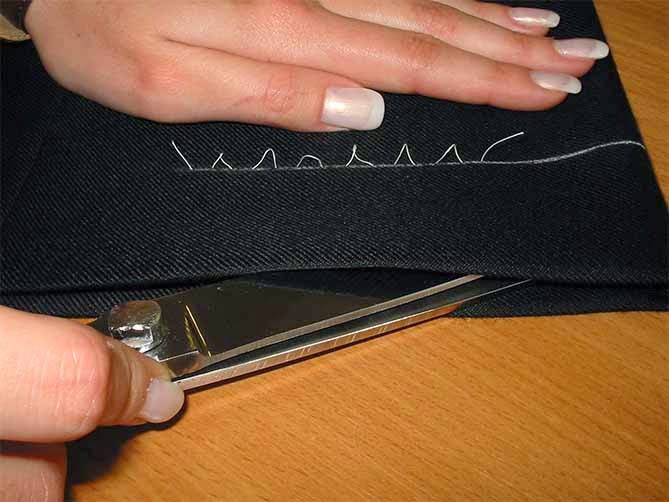 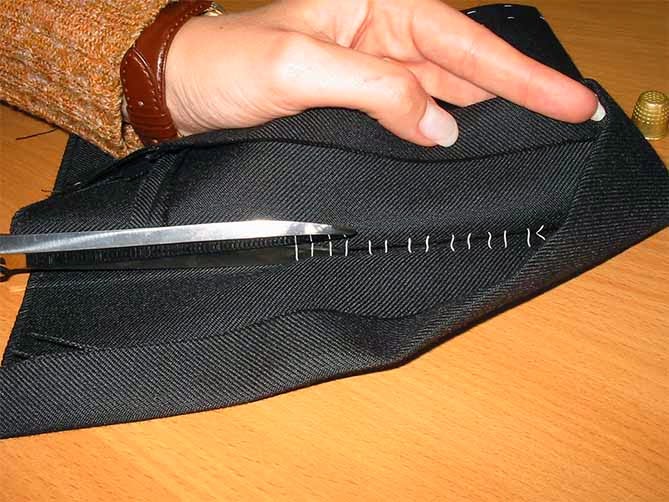 Direct basting stitches done by a temporary connection details, the call between a plane (on the surface), for example: namachivaya parts of the front side on the gasket. Lines of straight stitches namachivajut without landing and landing on one of the components, for example in step "namachivaya of podborov" in coats, jackets, jackets. Stitch length 2-3 cm, the distance between the stitches of 0.5-1 cm. 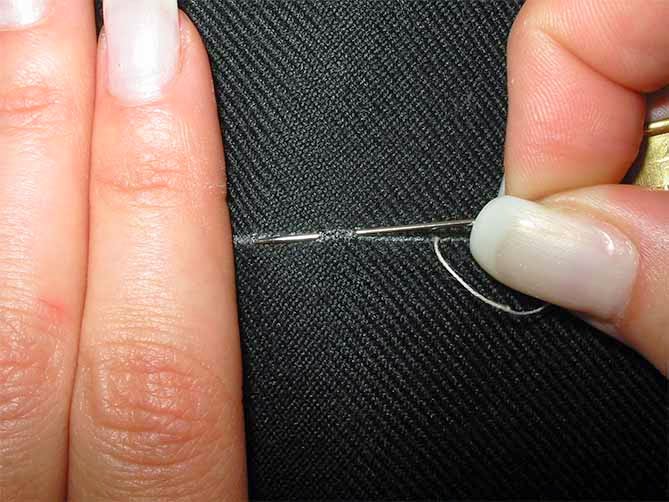 Direct zametnye stitches perform for temporarily fixing the bent edges of the parts for machining the upper and light clothing. For example, zametcino line fixed bent edging edge of the hem and bottom of sleeves. 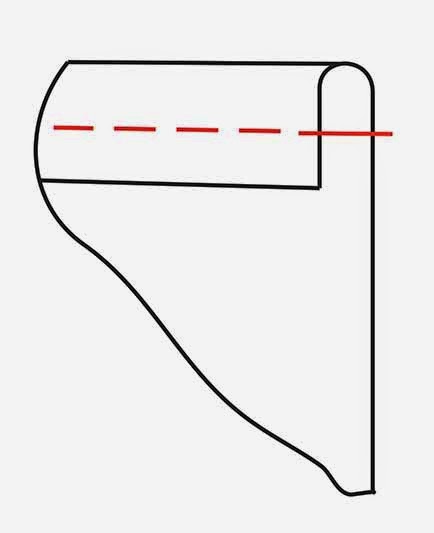 Stitch length 1-3 cm Distance of the stitching from the edge depends on its width and further processing.
Direct mymethodname stitches fix boundary seams in the processing of the upper and light clothing, in case of straights, not hard tissue. The weld is located or on the crook or bypassed in the direction of one of the parts that most often internal. For example, the edges of the valves spawn, with the seam toward the lining of the valve, the collar spawn, with the seam toward the bottom of the collar. Stitch length 0.5-1 cm Distance from the edge line is determined by the thickness of the treated region. The line lay on the side of the parts pripuskayut seam. 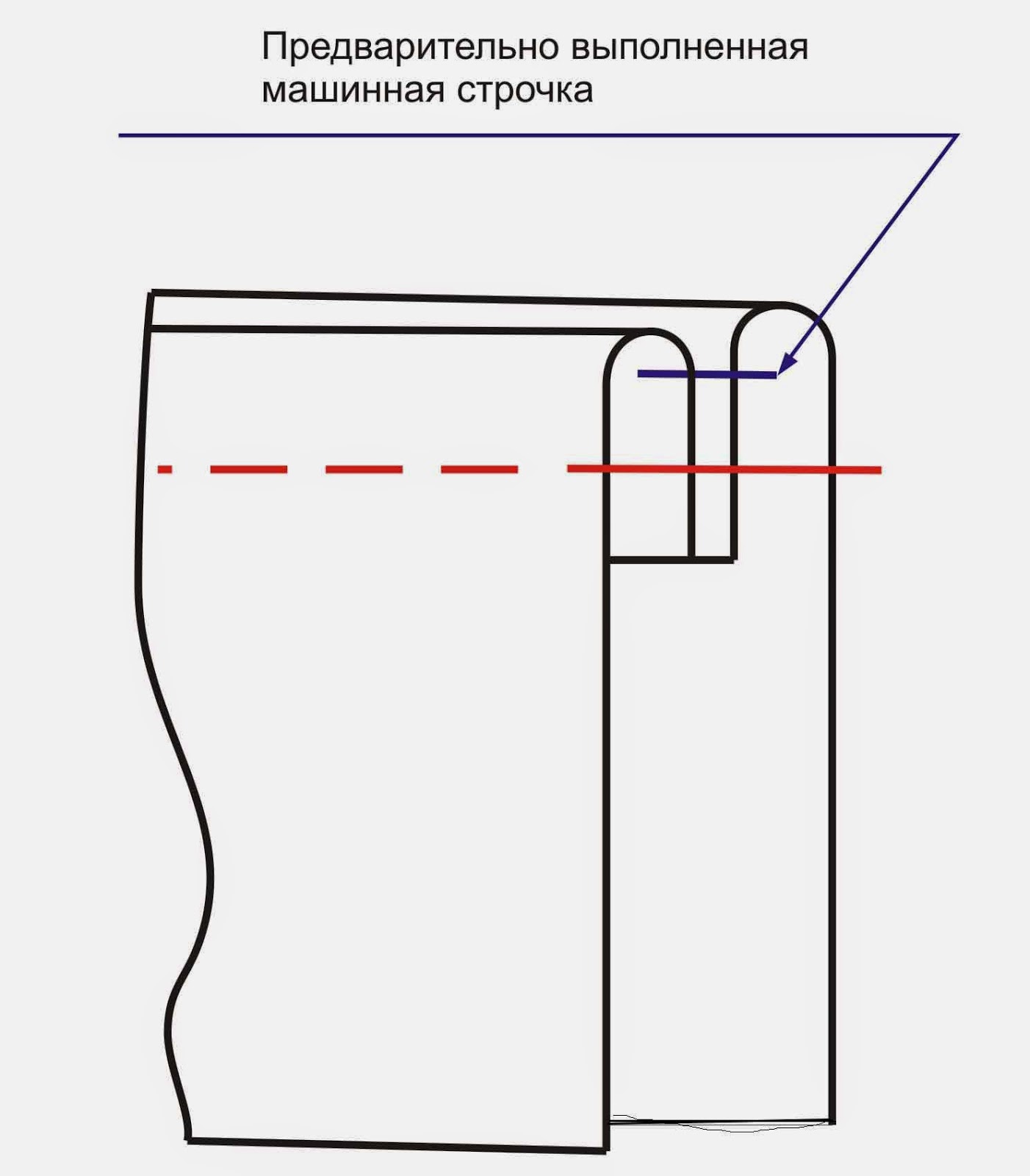 Straight stitches for the formation of assemblies used in the implementation of the uniform pribivanija some of the details of models of women's and children's outerwear (coat, dress). For the formation of assemblies lay two parallel lines of straight stitches with a length of 0,3-0,7 cm distance from the edge part to the first lines of 0.2-0.5 cm, between the lines is 0.1 - 0.4 cm Cut details pull together with a thread of the desired size, the resulting Assembly is distributed evenly along the entire length. 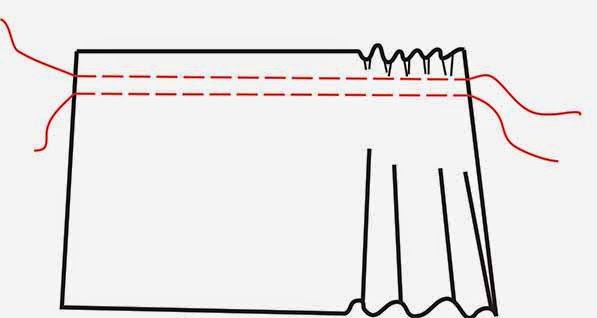