When processing long belts for screwing out after grinding can leave a hole about 7-10 cm in the midline longitudinal cut. This hole zastrahovatsja in the finishing stitches.

When you use templates to autoimune parts or fixtures, podgibayutsya cuts and positioning of the edge relative to each other and relative to the needle treatment can be performed without grinding . In this case, the width of the finishing stitches comprising 1-1. 5 mm. 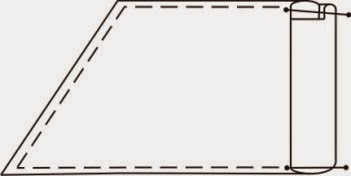 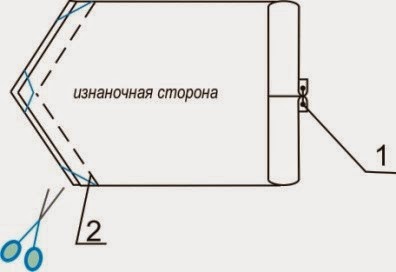 The belt loops are used in clothing to secure the location of the belt, strap and other items of clothing during wear.
When cutting B. O. B. in the loops goes along the part.
The scheme on direct loops presented in the figure: one or two longitudinal cut belt loops obmenivaetsya, belt loops soutiiwest and zastrahovatsja on angle GRINDERS are one or two lines. 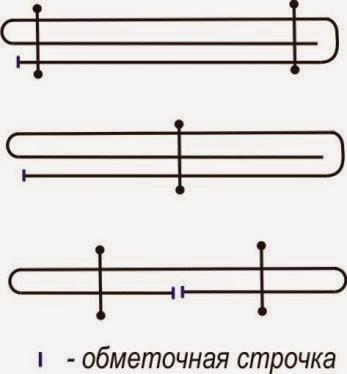 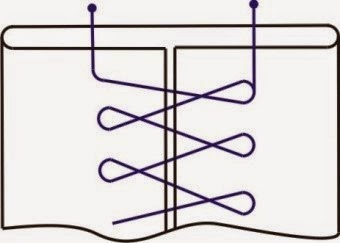 Figure 1 figure 2 Figure loops can be duplicated adhesive strips and obtachivaya podklady loops, cut 1-1. 5 mm, the belt loops. Before beverlylinneam and priduzivanja the belt loops need to nadsech or to trim the seam allowances grinding on the curves. 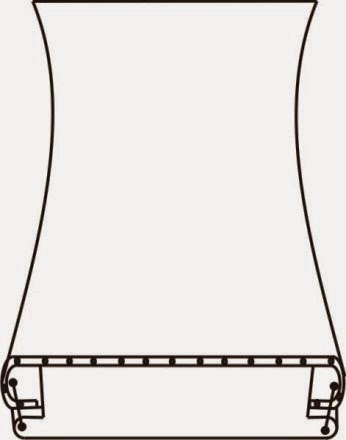