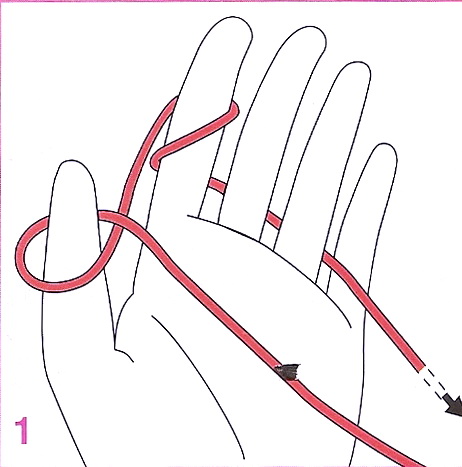 Any knitting begins with a set of loops on the needle; this set is called early binding (elementary education) and serves as the basis of knitted fabric. There are several ways of forming the initial number of loops; the most common are single thread and two threads.

The formation of the initial series of loops of one thread.

Needle, take your right hand and form a loop as at the beginning of the chain. Tangle put on the left side and the working thread coming from the ball, passes between the little finger and ring finger of the left hand and placed between the thumb and forefinger of the same hand. With your thumb or forefinger of the left hand is transferred to the thread on the outer side in the inner; end of the spoke is introduced into thus formed a loop around the thumb, then the loop is removed from the finger, strung on needle and tighten.
After a needle is withdrawn, and the thread is pressed against the palm of your hand the last three fingers of the left hand. Thus, consistently gaining the loops one by one until the desired number of loops. 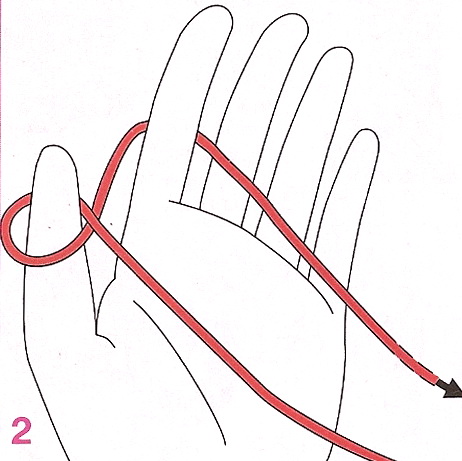 The formation of the initial series of loops with two threads.

This method of formation of the initial number of loops is more complex, but it is more beautiful and more durable the edge of the canvas. In this method, the hinges are not gaining, and vymazat. This is done as follows. Measure out from the tangle of thread in three to four times longer than the width of a knitted fabric; a thread that does not come off. Going to the ball of thread wound on the index finger of the left hand how to crochet and measured the thread is passed from the index finger down between the middle and ring fingers Toi hand and pressed the palm of his last three fingers. Right hand holding the needle. From lowered down the threads form one loop in the same way as when you start to knit the chain. So there's two strands: the upper one from the index finger to the spokes, and bottom - from the spoke to the ring finger. From this position begin vyvazhivanie loops. The thumb of the left hand take the bottom thread and translate it first from the outside and in the inner end of the spoke is introduced from the inner side in formed around thumb loop; then take the top thread and vymazat front loop, which is tightened by pulling the lower thread. In the formation of the next loop repeat all the movements. Thus vymazat front loops of the edge of the canvas. In order to obtain the reverse loop edges, the thumb takes up the lower thread, translates it from the inner side to the outer, and the end of the spoke is introduced from the outside of the loop formed around your thumb. These movements repeat until the desired number of loops. 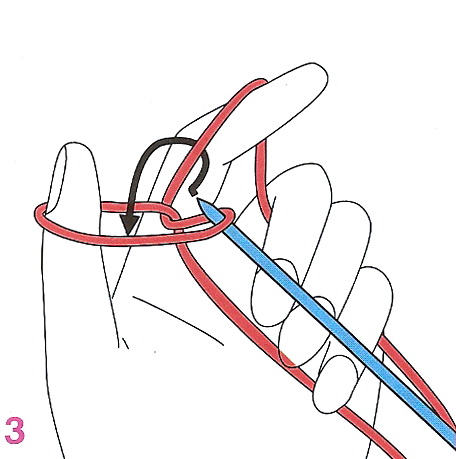 There is a third way of formation of the initial number of two threads in which the first loop promazyvayut is obvious, and the second inside out, etc. start knitting elastic.
To get a more durable and embossed the edge of blade, it is necessary to take measured (lower) thread of double or ensuite and knit the same way.