These are the same columns with nakida, but they differ in that during the knitting of the columns, starting from the second row, the hook is not injected under the loop, and between the columns of the previous row. 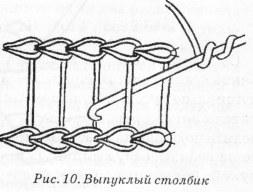 . The icon is similar to the figure 5. And the concave is the same icon but rotated in the other direction 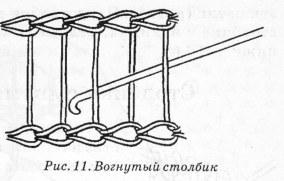