Buttons on the leg or spherical buttons is no less popular in clothing than flat buttons. 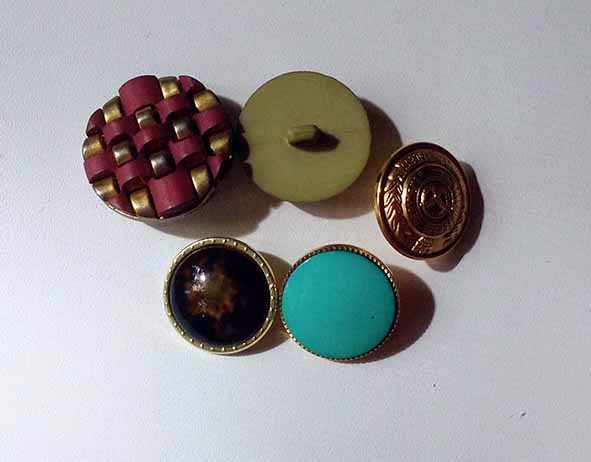 Some people think that they are only used in outerwear: coats, raincoats, jackets, jackets from a dense, thick fabric, but it's not. Spherical buttons are used in the manufacture of blouses and dresses them thin and medium thickness materials, fashionable shirts, and all thanks to its exclusive decoration. Rhinestones, sequins, three-dimensional elements over the entire surface - this is not a complete list of features of the design of these types of buttons. 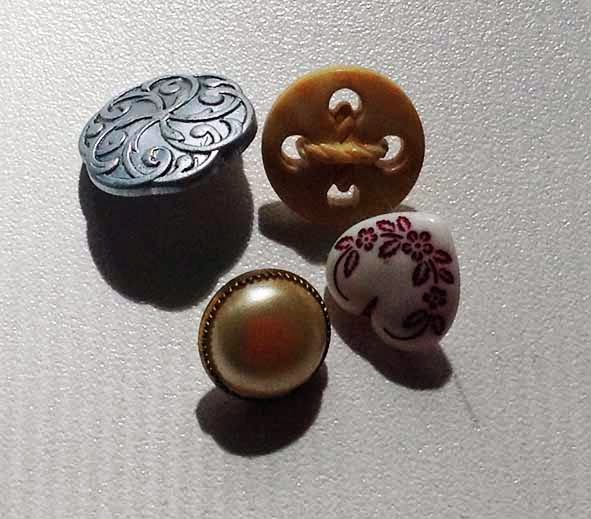 Important point - the correct selection buttons to the product. When you select buttons remember not only its appearance and diameter, but also according to the magnitude of the legs to the thickness of the materials from which made your jacket or blouse. The discrepancy between these dimensions leads to "sagging" buttons under the action of its own weight in relation to the place of sewing or, on the contrary, the complexities of each release of the product due to the lack of "sufficient freedom" movement buttons. 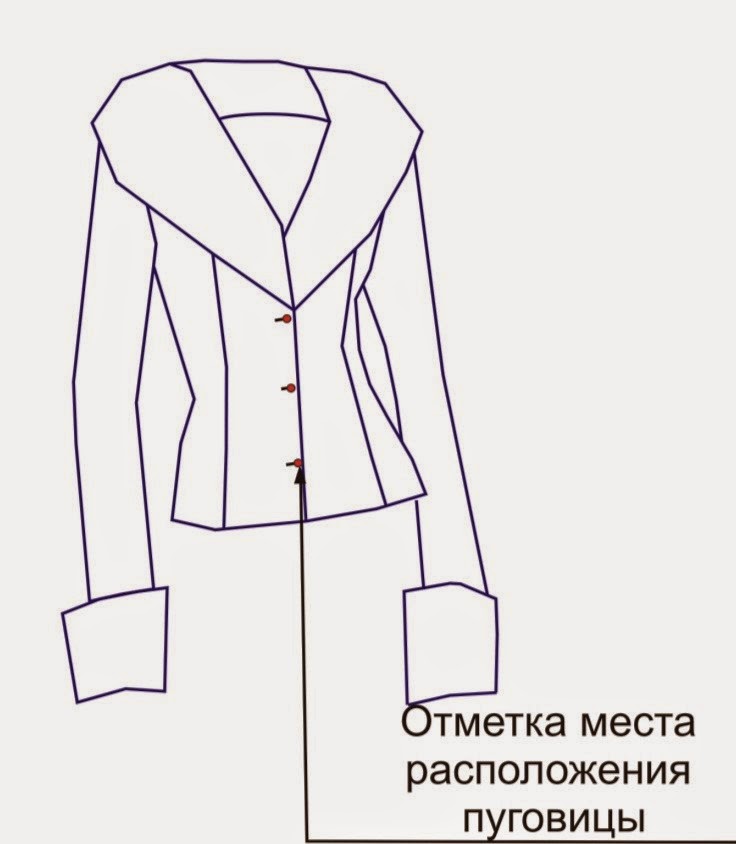 If you are going to sew loose buttons, orientirueshsya on remaining on the fabric holes. If you're going to sew buttons to a new product, the location of the buttons defined in the fitting, or spread the product on the surface of stacking edge fasteners at each other as they will be placed in the socks. Put omedetou marker or chalk in the middle to the middle of the end of the loop.

For this needle and thread and tied a knot performed by first piercing the front side is strictly intended point. Knot the thread will be closed later button. The second puncture performed in the opposite direction, retreating 1-1. 5 mm, bringing the needle over the front surface. Put a button on the needle, check its position on the product, and again performed the puncture needle tissue, again strictly in the target point, pulling the button tightly enough to the surface. Performed 5-6 stitches, then bring the needle between the fabric and button and do two obivochnyh stitch loop forming and tightening the knot. The last puncture needle tissue do under the leg buttons, bring the needle to the back side and carefully cut the thread with scissors.
Attention: the RACK (as in sewing on flat buttons) when selecting the buttons on the thickness of the fabric to DO, with the exception of sewing on buttons to fasten with the "smooth legs", like on picture: 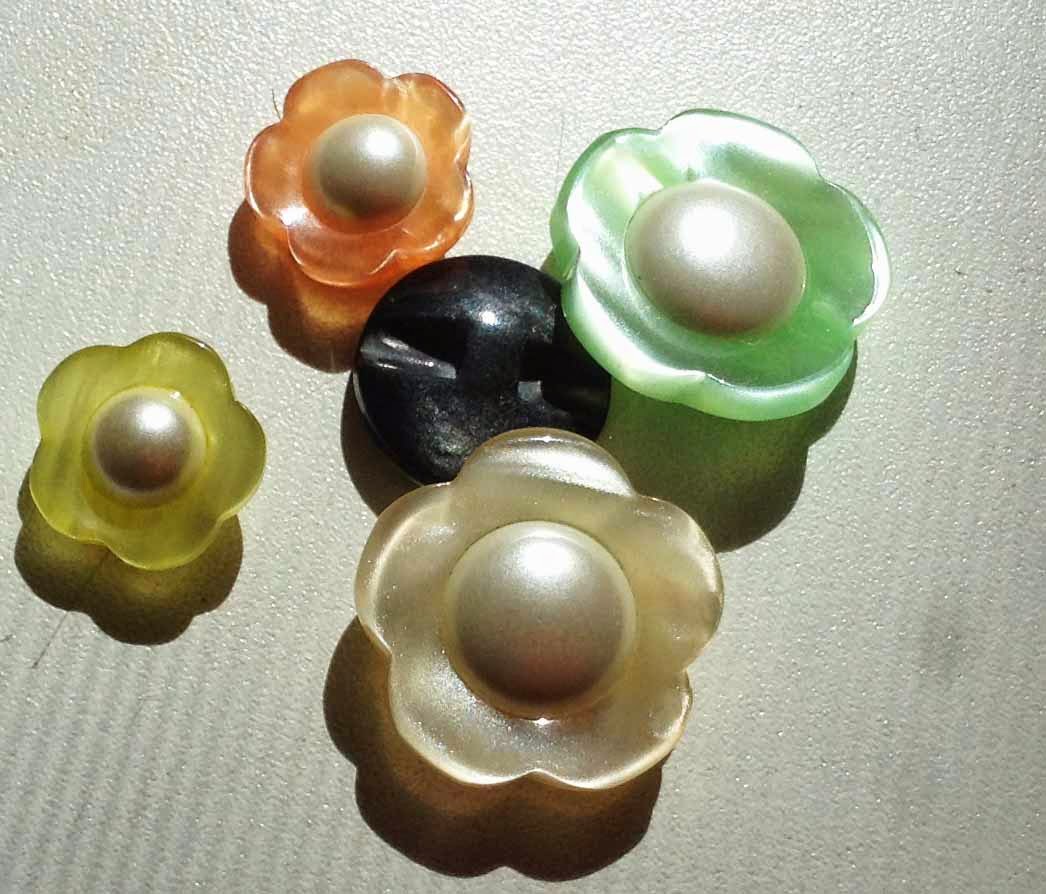 With the right sewing buttons stitches, holding her, lying straight, not tangled, and on the reverse side on the surface of the bone seen in only one point.

Spherical buttons can be attributed to the tight, and tied, because the rules they attach to the product are the same. The benefits of fabric buttons is that they can be made using fabric from which sewed your product, and they will come to him in style and color, and to facilitate the manufacturing process, the industry offers various kinds of zagotovochki, for example: 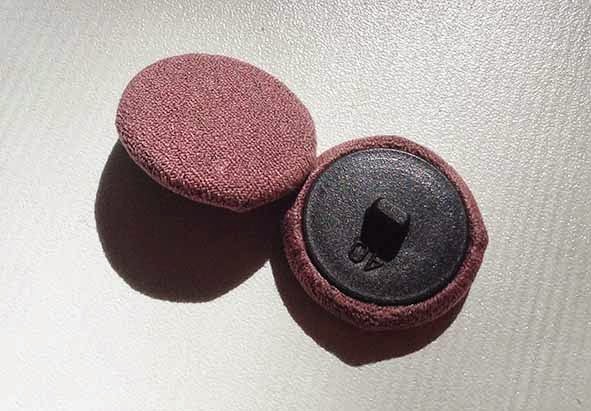 It remains to add that the spherical sewing buttons perform the thread to the fabric color.