Let us recall the picture from childhood: come from a hill, covered in snow, roll, tired, and in the hallway when the light detects that there is no bottom buttons. And not just no, but she's torn "meat". And it starts – mother's sighs, a grandmother's reproaches, and sometimes my dad's belt. 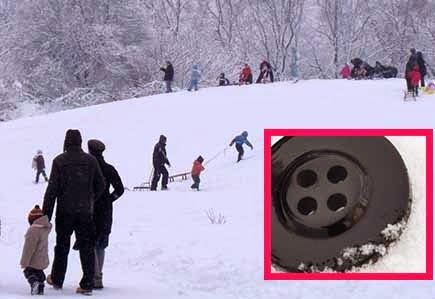 In fact, your guilt is tearing the buttons could not be. It was just sewn wrong - without podlugovi. The fact is that in the "heavy" products, for example, a winter coat, material stress at the point of sewing on buttons significant. This is especially true of the top two buttons, which "trying to get" wound under the coat on the neck scarf, and the bottom buttons, which "tries to break away" from the wide, sweeping steps. As a result of prolonged or sudden load is tensile or fracture of the material, moreover, in place of sewing on the buttons it is slightly damaged by punctures. Therefore, quality winter and autumn products to increase the area of action of the load, and, consequently, reduce the specific values for units of area use podlugovi.

Popovici are plastic flat buttons simple shape with round or elongated holes, usually transparent. They are sewn in the same places as the buttons, the same stitches, but with the opposite side of the material, that is, from podborta. 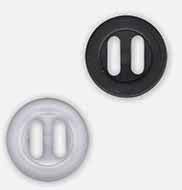 General rules for sewing (for cases where the main buttons are flat with two holes): 1. The proposed location of the buttons; 2. Sew on buttons:

For flat buttons with four holes , the process differs only in that the main buttons punctures are produced alternately in each pair of holes. When the spherical basic sewing button with Popovica not formed and not wrapped stand.
Of course, this method of sewing on buttons does not guarantee that it will not come off, n the strength of the connection will increase significantly.