Using hand stitches, you can sew on buttons, hooks and loops, buttons, and perform curly and straight bar tack and thread loops. This article will deal with buttons. Cutters divide the buttons into 2 big groups appearance:

Belonging to one of the groups determines the method and rules of the sew to the product. So, flat buttons, used to fasten a coat, cloak, jacket or jacket, sew with the implementation of the stand, taking into account the thickness of clothing material. Thanks to this zip up is much easier 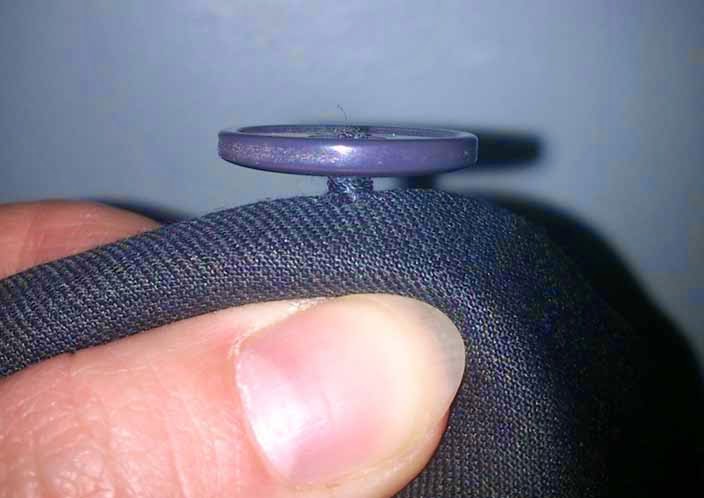 Buttons on the leg, or spherical buttons, sew without stand – freedom in its leg. Also without stand and sew flat buttons that serve only for decoration, for example, in the slots of the sleeves of the jackets.

Unfortunately, today, even buying branded clothes, you don't get a guarantee that the buttons of your product will not fall off. The fact that the company buttons are sewn on the semi – complicated and capricious technique. Properties lines for sewing for them is such that it is easily dissolved in the reverse order of execution, that is, "pull the tail – the button will fall off." Experienced Housewives do not wait and carefully unpick the existing buttons and sew again.
By the way: when my oldest child began attending the grammar school, which was introduced form a single sample, a jacket he knew only by the nature of the stitches on the buttons.