Twists of chains and borders

Chains and borders often play the role of framing and edging when making boxes, chests, bread bins, trays and panels. When you create a composition on the plane where you want the design of the perimeter chain or curb, there inevitably arises the necessity of rotation of the line of the ornament at the angle and design of the area. Remember that the lines of the ornaments we lead from the middle, symmetrically developing the figure to the right and to the left. After the lines came together, to decide the question of how to shape the area. Variants can be much, and to take them into account and consider the impossible, but nevertheless some General questions we will try to solve it.
We will stick to our previous descriptions, and first consider examples of turning simple chains (figure 4.46, 4.47). 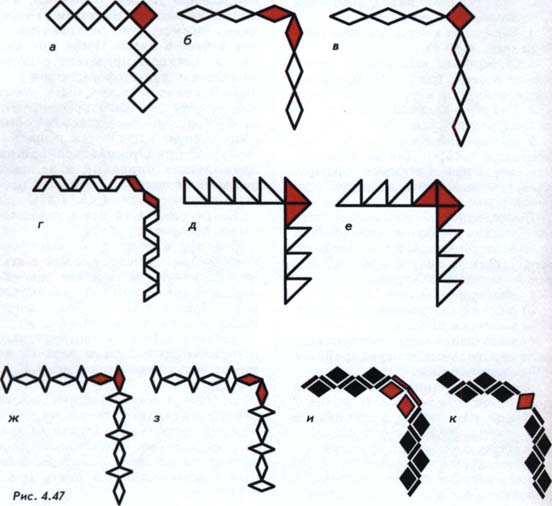 When making turns in one of the chains of the composition have a large number of design options, but they can help and play a role of schemes in designing compositions of twists of other kinds of ornaments: complex chains and borders (figure 4.48 a). 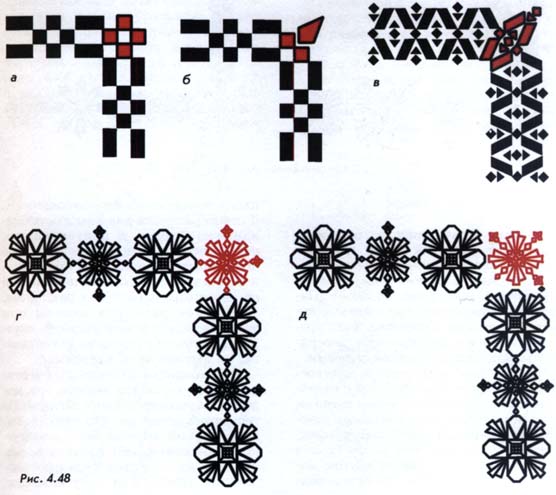 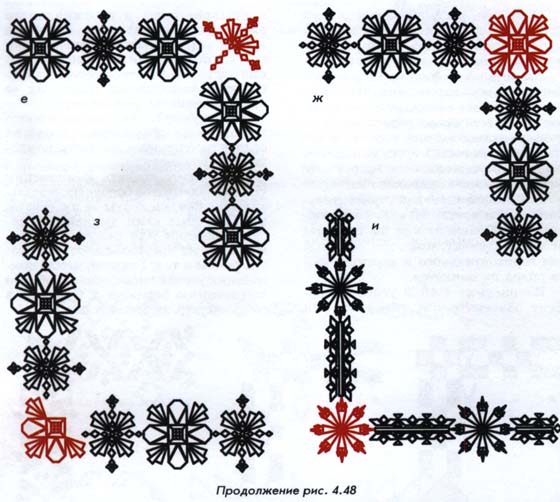