In this section, we consider the method of making decorative items and tangles of straw. Many of them came to us from the deep tradition of weaving and is known to the Belarusian people, like many other peoples of the world, for many centuries. However, there are techniques that have arisen relatively recently, and it is our duty to keep information about the author, if known, the place and time of their development. Such netting will be presented as the author's work, or is the country where borrowed one or the other technique.
Options a variety of nettings not been exhausted given samples. They show how on the basis of a few basic techniques of bending Solomin born an endless variety of braids. You can also master the following technology of weaving, to try to become developer of its own braided lines, changing the alternating twist Solomin, combining in one netting several is already known. Most importantly, do not be afraid to experiment.
All the weaving is represented by three major groups:
decorative elements;
flat braids;
voluminous braids. 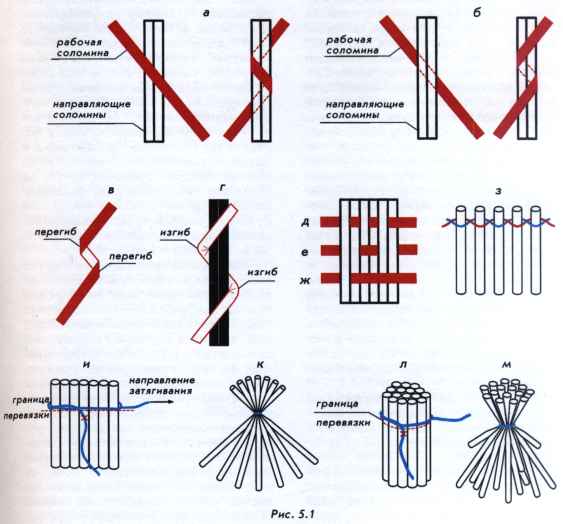