For the manufacture of this panel, will need frame (same as for panel "Hops"), a piece of veneer, thin yellow and brown skin of medium thickness. 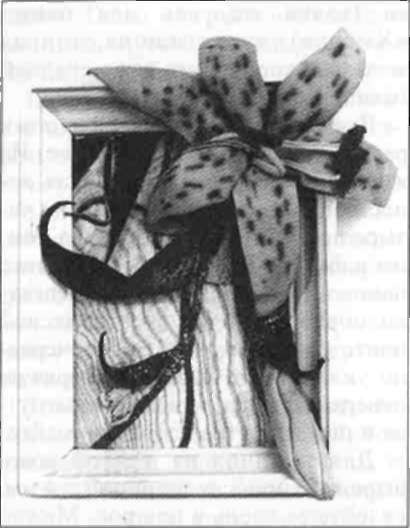 Cut the veneer and glue it to the frame, as described above. Yellow skin prepare six petals on a large pattern, and four small, Bud (stages, see figure 87, and the finished mural - photo on p. 112). All the petals of a handle on the electric stove or pan. Alternately lay the parts on a hot surface; as soon as they will bind and turn over on its side, remove. 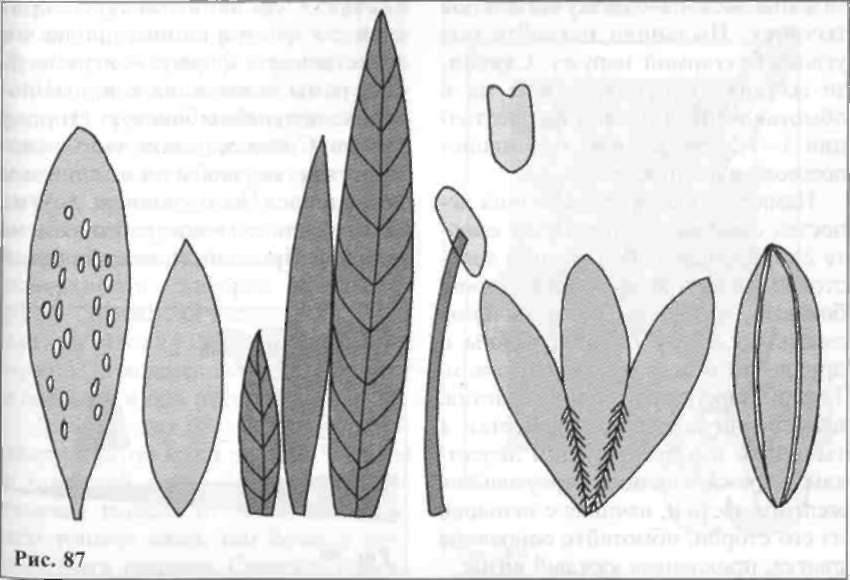 For the stamens of yellow leather cut out a strip width of 4 mm, and glue it along the lace. It is possible for strength when gluing to lay in the middle of the lace a thin wire. Cut from the cord pieces 5 cm in length. Brown leather waterproof boots. Before you glue them, cut off obliquely at one end of the stamens. The anthers stick at an angle, with flesh side out. Secure the stamens in a bundle, taping them and tying a yellow thread at a distance of 1-1,5 cm from the edge opposite to the anthers.
Spread glue three large petal on the front side at a height of 2 cm and glue them. Average petal spread with glue on both sides, side one. A bundle of stamens brush glue on one side and glue to the glued petals. Now complete the Assembly of a flower, alternately podkladyvaya petals to stamens, and to the previous petals. Cut a long triangle of yellow, and starting with the smaller of its sides, wrap the base of the flower, proKLIMA each round.
Lilies Bud is glued together from four parts. First, glue three petals, fluff with glue medium on both sides along the entire length, side - one. Bundle details convex lateral sides. The surface should be concave. Carefully glue the fourth petal, sticking first one side, then the other. To squeeze detail from the inside using spokes threaded in through one of the ends of the Bud.
The skin leaves slightly gilding with termoperevodnoy film, spray dye or nail Polish. The last two colorants are applied after heat treatment - curing the veins of the leaves. Cut out blades of grass and stems.
Assemble the products. Glue to the background stems, Bud and leaves. The base of the leaves stick to the background, and the ends, giving them a natural shape to the frame. To the corner of the frame, at the point of contact, Conn the side of the Bud. With a knife cut off part of the base of the flower, so it is not too high above the level of other parts of the panel (stages, see figure 88). Glue the flower in the lower left corner. Spread the petals and glue them in the places where they touched the frame. Apply the marker on the petals of the dash, typical for tiger Lily.
For visual balance will be added to the composition the third yellow spot - a small butterfly. Cut out detail on the pattern, lay the fold and glue in place. Gel pen draw on the wings pattern. 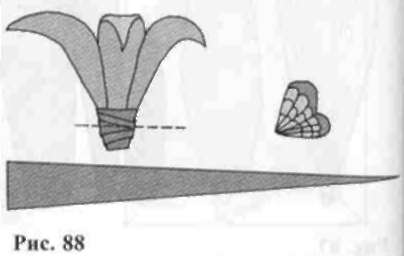