Carlson, who lives on the roof

Carlson, who lives on the roof 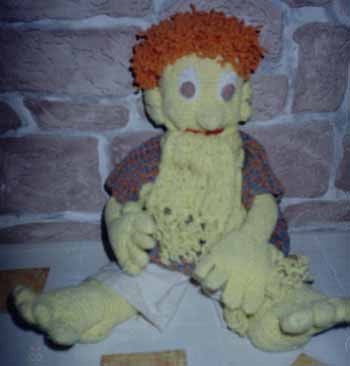 You will need: Basic binding – columns without nakida. This toy consists of the following parts: The head is knit in a circle from the top down. Neck the number of columns should reduce, and for a breast it is necessary once again to increase. Linking the breast height of 6 cm, put the work aside and knit other items. 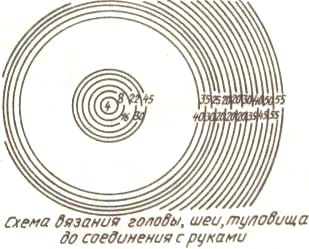 To tie hands with five fingers. Four fingers connect together provarite three rows of columns without nakida, attach the fifth finger, slightly reduce the number of columns and bind the arm in a circle. 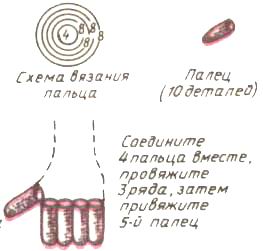 The ears are oval, their knit chain of air loops. Nose Carlson potatoes (round). 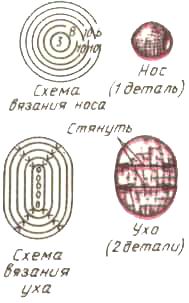 Foot tie five fingers. Join them and knit the foot and heel. Then in a circle davaite leg. Connect the two feet together, proverite another 20 ranks, you get the torso. 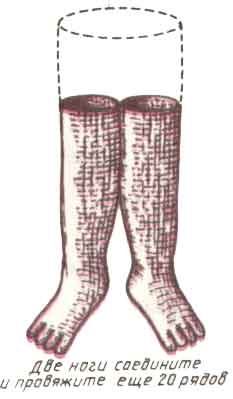 Lightly stuff the head and make the hair: cut the orange yarn in sections 8 see attach them to the head, as shown in the figure. At your request, hair can be shorter and longer, denser or thinner. In the center of the face nose, sew, embroider eyebrows and mouth.

Sew the ears slightly prepositive them on edge. In the upper and lower part of the toy, insert the metal frame. Fill both parts of the toy and connect together. 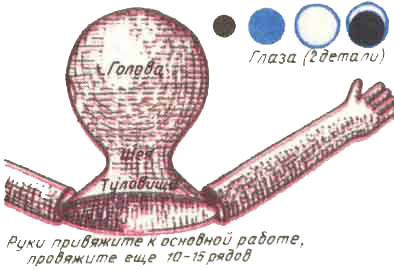 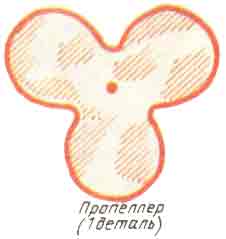 The pattern to make Carlson's pants, and the shirt can be any old shirt 26 size. Cut out of oilcloth and glue eyes. From the thick film, do the propeller, attach it to the back of Carlson. 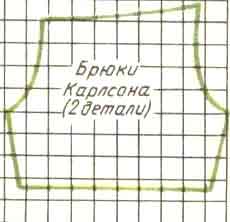