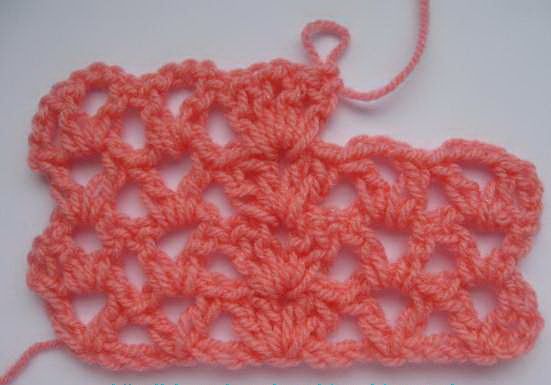 The motif of the pattern consists of two consecutive simple slingshots with a solution of three air loops and one double slingshot with one air loop.

Things to knit this bilateral pattern flat in rows or in a circle, touching the last column of each row with the first. The pattern turns out the same on both sides of the product. Typical of this pattern are formed by double slingshot vertical stripes.