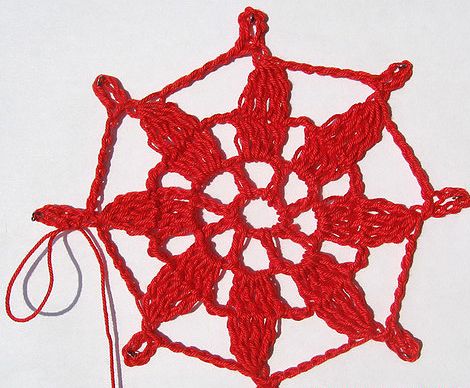 Pattern outlet begin to knit with a ring of ten loops.

In the first row to tie a chain of five loops, two of which boundary value to raise the number, do yo, enter the hook under the ring, pick up the working thread and pull a loop, then purl into the loops with the hook in two in two together. Associated the first column with nakida. After it linked a chain of three loops and a column with nakida. Just to tie eight columns with nakida as for the column, and the regional chain of two air loops for lifting the number, and between them - the chain of three loops. Close range, securing the last chain to the column without nakida in the second air loop for lifting series. 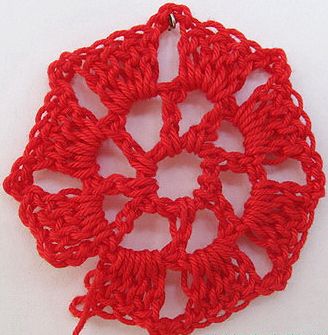 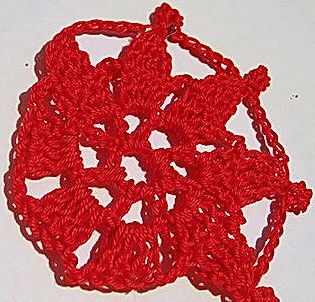 To associate a chain of six loops, enter the hook into the base of the chain, stretching the loop, catch the working thread and stretch it through both loops on the hook. Picot formed above the first related with the petal of a flower. To associate a chain of six loops, and on the next group of four columns to relate the reduced column of the four columns with two yo, knit a Picot over this second petal of the flower and knit to end of row.

pattern knit outlet on the edge of summer things, forming of them a yoke in the form of strips at the waist and so on.