Is it possible in a dream to be inspired for creativity

Creativity is not the exclusive province of poets, writers, painters, sculptors, writers and other representatives of such professions, and to some extent each person. But the workers creativity is much more difficult, especially when there is a period of so called "creative suffering," and the deadlines for the next sketch, works near. Where can you take Muse, when the brain is exhausted? Can dream about the needle or other objects and phenomena affect the parish? Read about it below!

Inspiration from the point of view of scientists 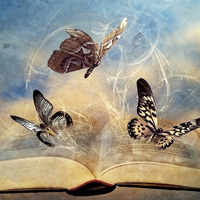 Those who believe that inspiration is something elusory as a feather, and equally weightless, in fact, fundamentally wrong. His arrival there is available a logical explanation.

So, insight is the result of our subconscious. It is still in the 19th century proved Hermann Helmholtz. He is a pioneer in the field of structuring of the process of origin of creative ideas.

This scientist have identified 3 stages:

The following steps takes place every idea and breakthrough.

Dreams and their meaning for creativity

In moments when the mind has nothing comes, and to create something new just desperately need, there is not one solution and many solutions to this problem: walk in the fresh air, abstracting from the given topic, meditation and, of course, sleep.

Indeed, in a time when we are unconscious, our brains are able to thoroughly process the information, focus on your planned and to issue eventually a new creative response that will serve as a source of inspiration.

Those people who learned to remember and record your vivid and strange dreams in the future can use data such as themes for creations.

It is important to be able to understand the dreams and to extract the most useful for their work.

The most famous example is the dream table of the chemical elements, which saw the famous in consequence of Mendeleev. 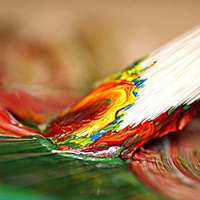 But there are many others:

A. von stradonitz, which is also scientist in the field of chemistry, saw the dream about the formula for benzene.

The musicians Wagner, Beethoven and Mozart dreamed of entire plays, and other wonderful creations of the sounds that in a short time they praised.

The same happened with artists P. Clay and William Blake, whose dreams were images for the paintings.