Special brightness and originality of our flowers give the maquis. Use as their base of these stems with the heads not only as a brings them closer to the natural model, but smooths out the conventionality of other flowers of the bouquet.

Measure the height of poppy heads from its Foundation to the edge of the rim and add 0.5 cm Cut from black leather stripe width is obtained. Strip length depends on the type of Mac, the dried stem of which serves as the basis. Food poppy has a rounded head with a small whisk, Eastern head conical, not projecting beyond the edges of the large halo. For food poppy stripe it is necessary to make equal in length to the circumference of poppy heads in its very widest part, East to poppy the circumference of the rim.

Cut a strip from one edge of the fringe width of 2 mm, leaving the uncut edge 2-3 mm wide. Lubricate the edge with glue and stick a piece at the base of the head, just above where it mounts to the stem. During the bonding strip evenly primarysite. Around the rim there are a number of stamens (figure 77, a, b). If they seem fluffy enough, you can cut one strip. Sticking it should be a little above the first (figure 77,).

Now for the petals. Cut from soft red leather 6 petals for each flower (figure 77,d). Decide which side of the leather petals will be drawn to the center. In our bouquet of the two flowers petals facing toward the center of the smooth face, one - back. To use the wrong side as the front can only be the case if the flesh side is small, smooth, without flaws.

Cook in a small amount of a solution of PVA glue. Spread glue in the proportion of two parts water to one part glue. However, variations are possible, since the source material (adhesive) can be of different thickness.

Water in the adhesive solution of each petal and place them all on the paper. When the petals are dry, become just damp, give them a form. To do this, lightly stretch and vegimite them in the widest part. After drying, repeat the operation. The dried petals have keep good form.

Begin to form the flower. Take the three prepared dry petal and glue them at the base of the poppy heads. Place them evenly so that the edges slightly overlap each other (figure 77, d). The base of the petals should cover the previously glued the stamens. The remaining three petals to form the second row, closing the gaps between the petals of the first row.

The leaves (figure 77, e) process and glue the same way as the leaves of other colors. Moreover, the sheets can be pasted only when used as the basis of stems of Oriental poppy, poppy of the food leaves located near the ground and will not fall in the visible part of the bouquet. 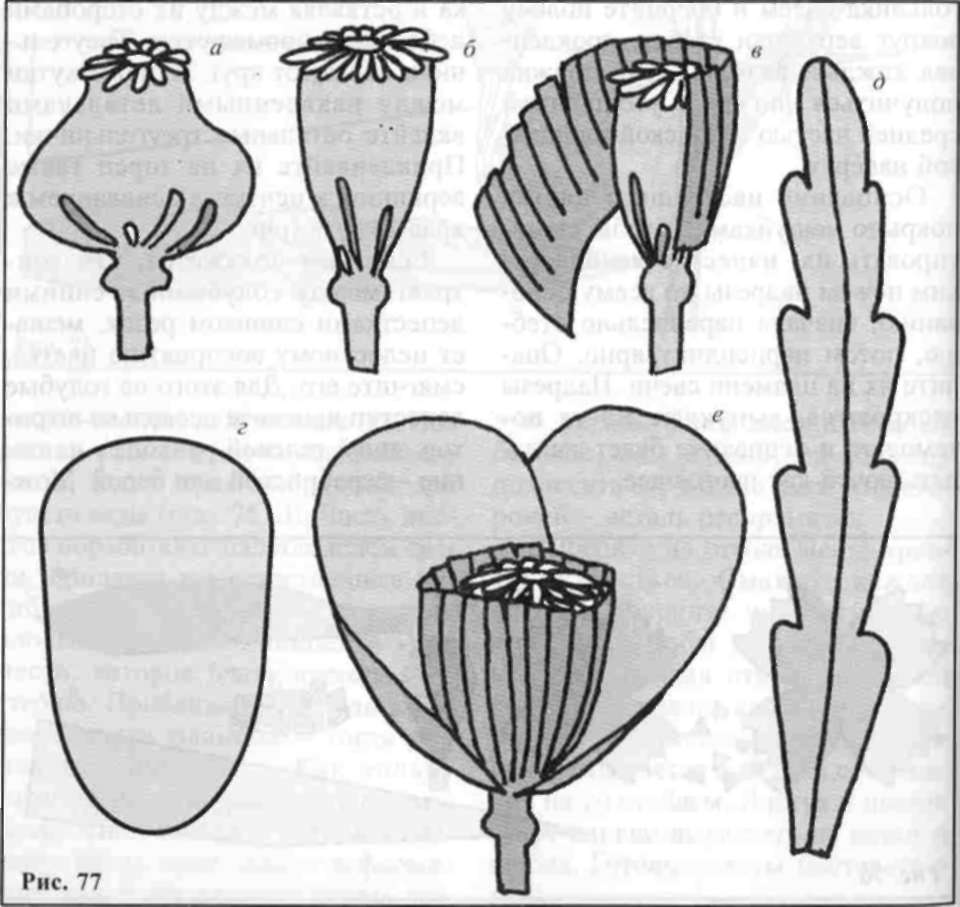